WHAT TO WATCH FOR: AGCO Jackson Nationals first crown jewel of 2020 A star-studded field of drivers will compete for $46,000 in winnings between the three-day event 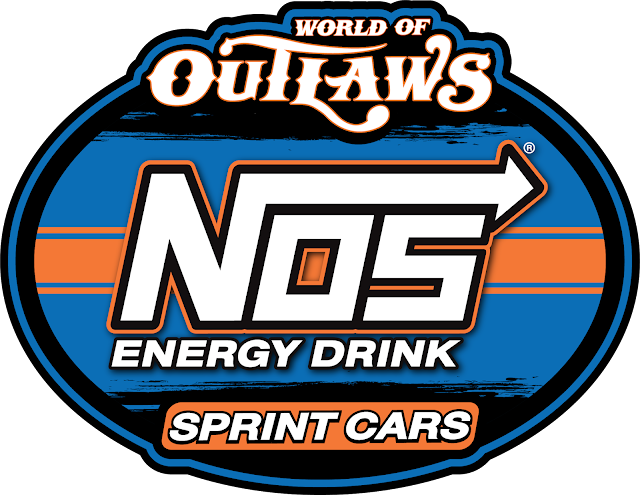 The three-day 42nd Annual AGCO Jackson Nationals at the 4/10-mile track will pay $8,000-to-win on Thursday and Friday, and then $30,000-to-win for the Nationals championship finale on Saturday – the biggest Sprint Car purse of the year to this point.

Drivers like reigning champion Brad Sweet and 10-time Series champion Donny Schatz – who have won the last three Jackson Nationals titles between them – have already established themselves as two of the top drivers to beat, again. However, several other drivers have been building momentum and showing they can contend with the champions.

SWEET EYES THIRD NATIONALS WIN: Reigning champion Brad Sweet, of Grass Valley, CA, enters the 42nd AGCO Jackson Nationals as one of the top drivers to beat. He won two of the three races at the 4/10-mile track last year – including his second Jackson Nationals championship – and won an event at the track in May.

He and his Kasey Kahne Racing team have already proven to be the top team, so far, in 2020 with four World of Outlaws wins – the most of any driver – and hold a 66-point lead over 10-time Series champion Donny Schatz going into the three-day event. Sweet is also coming off a second-place finish at Tri-State Speedway in his NAPA Auto Parts #49.

SCHATZ LOOKING TO REBOUND: Ten-time World of Outlaws champion Donny Schatz, of Fargo, ND, has found himself on a rare streak. He’s finished outside the top-10 for the last three races, which hasn’t happened in his career since 2013. He finished 11th at Knoxville Raceway and then 11th and 16th, respectively, at Tri-State Speedway last weekend.

The three-day AGCO Jackson Nationals event could be the perfect place for he and his Tony Stewart/Curb-Agajanian Racing team to rebound. Schatz has three wins at the Minnesota track – including the 2018 Jackson Nationals championship. He’s already picked up two wins this year in his CARQUEST Auto Parts #15 and is only four wins away from 300 career World of Outlaws wins.

MACEDO HEATING UP: Last year’s Rookie of the Year Carson Macedo, of Lemoore, CA, has gone from being quietly consistent to making his voice heard every race. He’s on a streak of nine top-10 finishes in a row with the last four being top-five finishes, including his win at Tri-State Speedway in his Tarlton & Son #2 car.

That streak could likely continue this weekend at Jackson Motorplex where Macedo earned one of his four wins last year. His performance has currently placed he and his Kyle Larson Racing team fourth in points – 122 points behind Sweet.

PITTMAN FINDS TRACTION: After three disappointing finishes outside the top-10, Daryn Pittman, of Owasso, OK, and his Roth Motorsports team were able to build a bit of momentum at Tri-State Speedway. He earned the KSE Hard Charger award the first night with a strong run from 23rd to eighth and finished fourth the next night.

While Pittman didn’t pick up a win at Jackson Motorplex last year, he was one of the most consistent drivers during the three nights, finishing fourth, second and third, respectively in his Roth Enterprises #83. He also has two wins at the track – in 2005 and 2016.

HAUDENSCHILD ON A ROLL: Sheldon Haudenschild, of Wooster, OH, continues to knock on the door of a victory with his Stenhouse Jr.-Marhsall Racing team this year. He’s had seven top-10 finishes in the last eight races with six of them being top-five runs – half of those being runner-up finishes.

He was unable to finish inside the top-10 at Jackson Motorplex last year, but finished second in his NOS Energy Drink #17 behind Brad Sweet during the track’s season opening race in May.

CONSISTENT KERRY MADSEN: After starting the 2020 World of Outlaws season with one top-10 in the first six races, Kerry Madsen, of St. Mary’s, NSW, Australia, is on a streak of seven top-10 finishes in the last eight races. And he now heads to one of his best tracks with his Big Game Motorsports team.

Madsen won the Jackson Nationals in 2016 – before it was sanctioned with the World of Outlaws – and won a World of Outlaws race at the track in 2017. He’ll look to pick up his first victory with the Series since 2018 in his Killer Instinct Crossbows #2 car this weekend.

WHEN & WHERE
Thursday, June 25, Friday, June 26 and Saturday, June 27 at the Jackson Motorplex in Jackson, MN, for the 42nd Annual AGCO Jackson Nationals on DIRTVision.