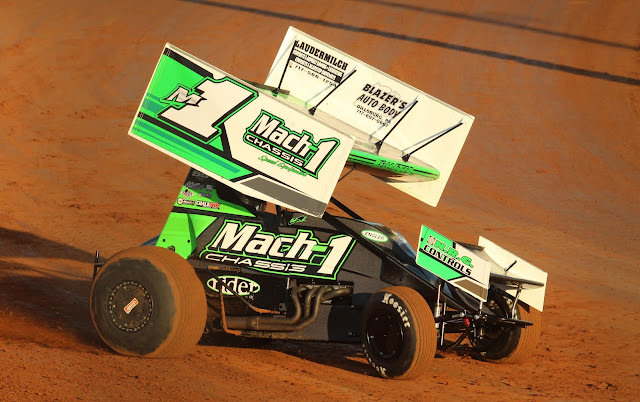 Selinsgrove, Pa. – The biggest race of the season for 360 sprint cars is coming up this Saturday, July 11 at 7:30 pm when the track hosts the 20th annual Mach 1 Chassis National Open, offering a $5,000 payday to the feature winner.

Passing points earned in the heats will set the starting lineup for the 360 Open.

The URC Sprint cars will be part of the 360 special that will indeed be the final winged 360 sprint car event of the 2020 season at Selinsgrove Speedway.

The Apache Tree Service 305 sprint cars will also be on the racing program along with action for limited late models.

Gates will open at 5 pm.

Adult general admission is set at $20 with students ages 12 – 17 priced at just $10. Kids ages 11 and under are always FREE at Selinsgrove Speedway. Pit admission for the big show will be $30.

After fans attended the oval in droves for the June 28 PA Speedweek program, Selinsgrove Speedway is happy to offer all of those adult general admission fans a special thank you for their attendance by giving them $5 off of their admission for this Saturday’s 360 Open.

To date this season, 360 sprint car winners at the track have been Blane Heimbach in the Joe Whitcomb Memorial and Mark Smith in the Kramer Kup.

The Selinsgrove Speedway National Open for 360 sprint cars was first run as solely a 360 event in 2018 when Blane Heimbach took the rich $5,000 payday before he again scored the event last season.

But the Selinsgrove Speedway National Open for limited sprint cars dates back to 2001 when the race was first run as a 358 sprint car contest, won by TJ Stutts of Liverpool.

Visit www.mach1chassis.com to learn about and connect with the firm.