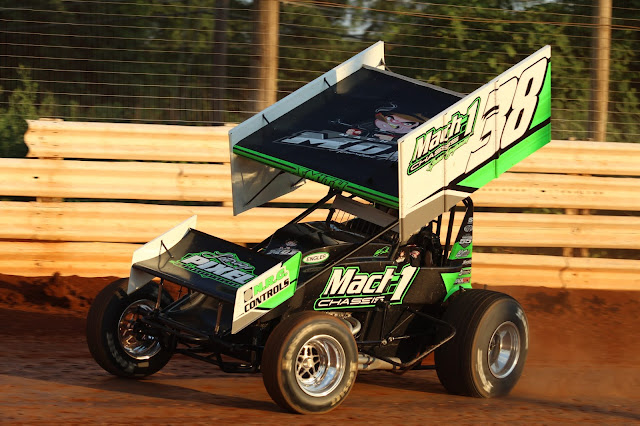 Selinsgrove Speedway is in action this Saturday night, July 25 with the Jeff’s Auto Body & Recycling Center Summer Championships for the Modern Heritage 410 sprint cars and the super late models plus racing action that includes the annual A & A Auto Stores Roadrunner 20.
The Modern Heritage 410 sprint cars will race in a 25-lap feature paying $3,000 to win, $300 to start and $100 tow money for non-qualifiers.
Likewise, the super late models will also go 25 laps for $3,000 to win, $300 to start and $100 tow money, as part of the 2020 RBS Auto & Trailer Sales/Modern Heritage Civil War Super Late Model Series – North vs. South between Selinsgrove and Williams Grove Speedways.
Modern Heritage of Mifflinburg will be paying $100 to win all heat races in both the 410 sprint and super late model divisions while Apache Tree Service will be paying $200 to the hard chargers in both classes.
The roadrunner 20 will pay $600 to the winner with a $100 bonus included courtesy of Superior Lawn Service. A $50 hard luck award is also being offered courtesy of Mike Tudor.
July 25 will also be Armed Forces Appreciation Night at Selinsgrove Speedway, when past and present members of the military receive FREE adult general admission to the races, with proper identification.
In order to verify military membership at the ticket window, fans will need to produce either a Veterans Administration ID card or a military form DD214.
The super late model event will be the second race in the 2020 Civil War Super Late Model Series – North vs South between Selinsgrove and Williams Grove Speedways, presented by RBS Auto & Trailer Sales and Modern Heritage.
Jeff Rine is the current point leader in the Civil War Series over Rick Eckert and Gregg Satterlee.
So far this season, super late winners at the track have been Eckert, Brett Schadel and Rine, who has scored twice.
Super sprint winners at the track this year have been Kyle Reinhardt, Freddie Rahmer and Danny Dietrich.
Gates will open at 5 pm on July 25 with heat racing slated for 7:30 pm.
Adult general admission is set at $20 with students ages 12 – 17 priced at $10. Kids ages 11 and under are always FREE at Selinsgrove Speedway. Pit admission will be $35.
Keep up to date with all the latest speedway news, results, information and race status by visiting the speedway’s official website at www.selinsgrovespeedway.com or follow the track on Twitter and Facebook
Posted by Bill McIntyre at Monday, July 20, 2020