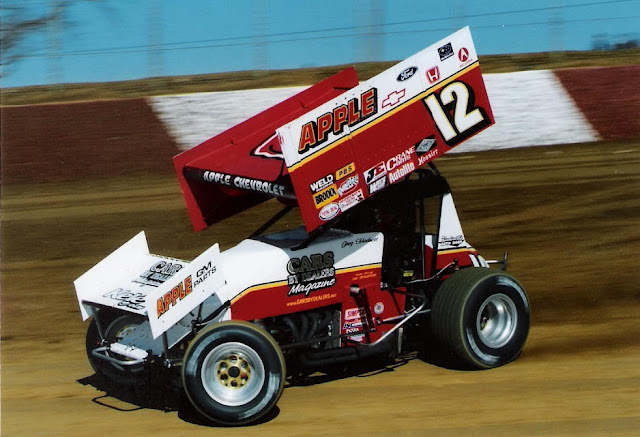 8/30/20
Mechanicsburg – Williams Grove Speedway will present the Bob Stewart Tribute race for Lawrence Chevrolet 410 sprint cars coming up this Friday, September 4 at 7:30 pm.
The Hoosier Diamond Series event honors former sprint car owner Bob Stewart of York, whose famed No. 12 sprint car waged war on Williams Grove Speedway and others in the area as well as across the nation from 1988 through 2006.
The HJ Towing & Recovery 358 sprints are also on the racing program.
The Bob Stewart Tribute race for the 410 sprinters will be 30 laps in distance with $5,012 going to the winner.
Time trials will set the heat starting grids with Fast Tees Screenprinting of Thompsontown posting $300 for the driver that sets quick time over the field.
Stewart himself will be on hand in the speedway infield for a meet and greet with fans between 6 and 7 pm.
Former No. 12 sprint car drivers including the very first driver, Steve Stambaugh of York, will be on hand to meet fans and celebrate Stewart’s ownership career.
Others confirming their attendance include Brian Leppo, Keith Kauffman and Fred Rahmer
A live Facebook broadcast on Beer Hill Gang TV will take place from 6 – 7 pm as well.
A restored Stewart No. 12 sprint car will also be on display.
Fireworks are part of the holiday weekend program.
Adult general admission for the special show is set at $18 with youth ages 13 – 20 priced at $10. Kids ages 12 and under are always FREE at Williams Grove Speedway.
With the season now entering its final full month, Freddie Rahmer of Salfordivlle and Danny Dietrich of Gettysburg are tied for the lead in the Lawrence Chevrolet sprint car title chase.
Sitting third in the points is Brent Marks of Myerstown, totally within reach at 1875 markers.
Each of the three pilots has one win at the track to date this season.
Currently in the 358 sprint point standings, Derek Locke leads Kevin Nouse by 110 points with Scott Fisher 160 points out of the lead.
There will be no racing at the track on September 11.
The oval has rescheduled the recently rained out Jack Gunn Memorial to take place as part of the Dirt Classic Qualifier slated for the All Stars Circuit of Champions Sprint Cars on Friday, Sept. 18.
The race will pay 5K to the winner as the Jack Gunn Memorial Dirt Classic Qualifier.
Posted by Bill McIntyre at Monday, August 31, 2020