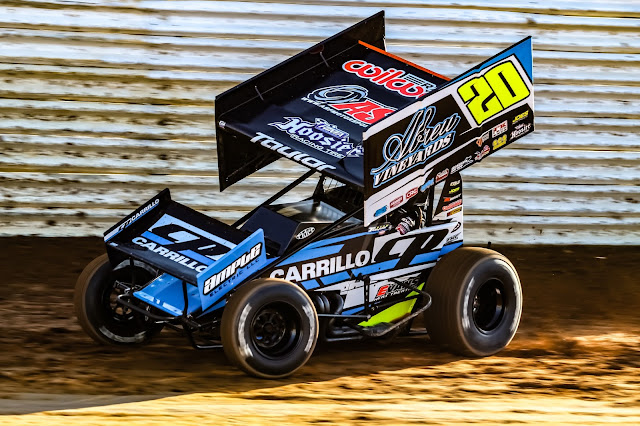 Port Royal Speedway- PORT ROYAL, Penn.- (August 17, 2020) As rain has plagued the Port Royal Speedway throughout the month of August, the Speedway promotional team was left with the daunting task of figuring out how to reschedule events with limited dates available.

Originally a feature only schedule was pitched and approved for the Weikert’s Livestock 410 Sprint Car division for this coming weekend (8/22/20). However, after much discussion with drivers, teams and the input of the fans, we have ultimately decided to run a full program for the 410 Sprint Cars to go along with two make-up features, plus the regularly scheduled PASS/IMCA 305 Sprint Car event and the USAC East Coast wingless 360 series event.

This means 5 Feature events in 1 night!!!

To accommodate such an event, the gates will now be opening at 3pm EST, with racing beginning at 6pm EST.

Admission Prices will be as follows- $20 GA, $10 Students, $30 Pits. The previously discussed $100 incentive for the 410 drivers has been scrapped as well with the addition of the full night’s program. Rain checks will not be honored from the make-up shows as all qualifying programs were completed, but there is no additional cost to the evening’s admission for the extra racing.

The Weikert’s Livestock 410 Sprint Cars will kick off the night with the $4000/win make-up feature event from 8/15/20 at 6:00pm. There will be no alternates used for this feature as the field had already taken the green flag prior to rain hitting the speedway.

At the completion of all the qualifying events, we will run the make-up feature from the 8/1/20 14th Annual Living Legends Dream Race. The race pays $10,000 to win and $500 to start. The total purse for the Dream Race feature is over a staggering $35,000 and is the highest in the state for an unsanctioned event. The feature line-up has already been set with 26 starters. If any of those starters can’t make it, alternatives will be used. Those eligible in order are Michael Bauer, Dustin Baney, Richard Cisney, Landon Myers and Tyler Reeser.

We fully understand that this is unique and possibly overwhelming. As previously stated, with limited dates available and with a need to reschedule multiple events, this is the best possible way of doing things to benefit the drivers, fans and sponsors alike. We will be working throughout the night to move the program along.

We look forward to seeing you Saturday night for “Five Times the Fun” and ask that you continue to practice social distancing guidelines. Marks are encouraged, but not required and sanitizing stations remain throughout the facility for your use. If you do not feel well, PLEASE STAY HOME and view racing via www.FloSports.com.

Please stay tuned to our various social media outlets and website www.portroyalspeedway.com for any additional changes and we appreciate you remaining flexible during challenging times!