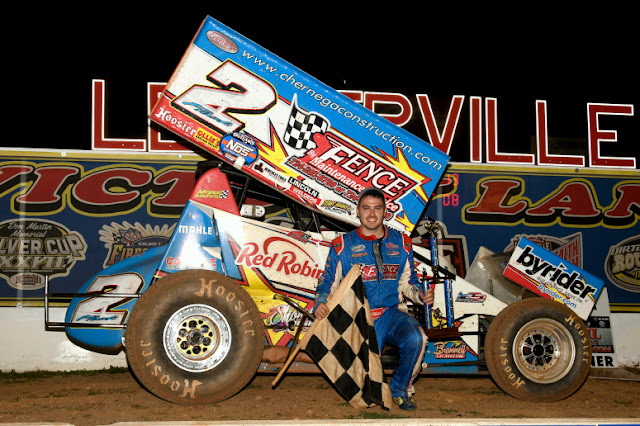 Sarver, PA (July 31, 2020) Familiar faces graced Terry Bowser Victory Lane on Friday night as an other Fab4 Friday Revved up with Marburger Farm Dairy came to it’s conclusion. The evening saw much of what has made the first part of the season so incredible to this point, with wheel to wheel action on as racy a surface as there is and some feature finishes that weren’t decided to the very end.
The annual Nostalgia Night took center stage as a wide variety of amazingly restored hot rods from the rich racing history of the region were on hand behind the concourse. Fans and drivers made the most of the opportunity to see them up close as well as talk to the drivers that helped make the history behind the cars happen while telling stories of memories and snapping selfies with their favorite vintage car drivers. Members of the Pittsburgh Circle Track Club and Twin State Auto Clubs were both on hand as well on Friday night.
On the track, AJ Flick was the class of the field in the 25 lap Peoples Natural Gas DIRTcar Sprint main event. Flick started fourth on the grid and made his way to the lead within the first five laps and seemingly checked out on the field save for a late race challenge from Sye Lynch who worked his way forward throughout the main event and found Flick’s tail tanks while in heavy lapped traffic at the lap 21 mark. Lynch lost his grip coming out of turn four and onto the straightaway, tagging the wall and going on several bicycles.
Meanwhile, Michael Norris made a return in the Precise Racing Products DIRTcar Late Models and picked up right where he left off in terms of performance level. Norris bolted to the early lead in the number 02 car prepared by Todd Cerenzia, and went to work stretching out a near straightaway advantage over the rest of the field. Behind him. Colton Flinner was keeping a stout pack including Tyler Dietz, Will Thomas, Ken Schaltenbrand and northern tier invader Darrell Bossard at bay until finding a perfect opportunity late in the race to try to snooker Norris on a restart. Flinner  made his way around Norris at the top of the speedway, but his lead would be brief as Norris seized an opportunity to throw a turn four slider just barely clearing Flinner’s nose in turn four to re-take the lead and a couple of laps leader, secure his first Action Track victory of the season.
Rex King Jr. had been winless at Lernerville in 2020 in three tries, but had the right recipe working on a late race restart to take the win away from a lightning fast Garrett Krummert in Diehl Automotive DIRTcar Big Block Modified action.  Recent feature winner John Mollick worked methodically through the pack from his ninth starting spot to take the final podium spot at the end of 25 laps. And in Millerstown Pic-A-Part DIRTcar Pro Stock action, Chris Schneider popped in for a visit and put on a familiar looking show to the delight of a good many of the fans who had stayed to watch the Pro stock 20 lap main event. Schneider started seventh on the grid and made his way around a strong running Noah Brunell for the lead on lap six which he never relinquished, though Jason Fosnaught was able to make his way forward and not too far away from Schneider’s back deck, but could not manage to get any closer as Schneider.
Action returns to Lernerville Speedway next Friday night for another Fab4 Friday night Revved up with Marburger Farm Dairy.
Peoples Natural GasDIRTcar 410 Sprint Feature: (25 Laps)
1. (2) A.J. Flick
2. (11) Carl Bowser
3. (23jr) Jack Sodeman Jr.
4. (33) Brent Matus
5. (13) Brandon Matus
6. (40) George Hobaugh
7. (22) Brandon Spithaler
8. (J4) John Garvin Jr.
9. (7K) Dan Shetler
10. (08) Dan Kuriger
11. (76) Davey Jones
12. (4J) Jacob Gomola
13. (14H) Jeremy Hill
14. (87) Jim Perricone
15. (42) Sye Lynch
16. (LEFT) Ivan Johnson
17. (91X) Ryan Beatty
18. (38) Leyton Wagner
19. (12G) Darin Gallagher
20. (10) John Hartman
Posted by Bill McIntyre at Saturday, August 01, 2020