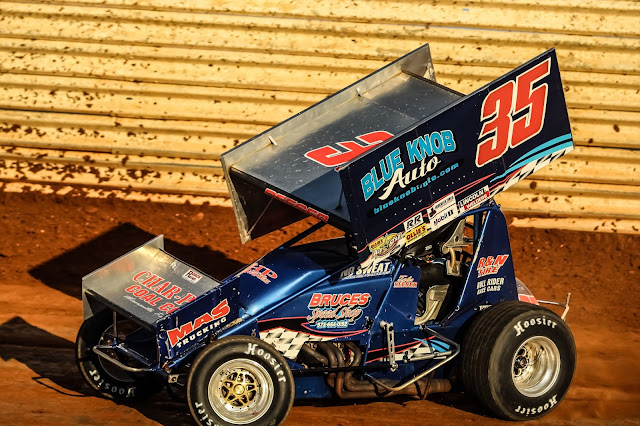 Port Royal Speedway- PORT ROYAL, Penn, (August 13, 2020)- Port Royal Speedway returns this Saturday, August 15th, with a three-division show featuring the Weikert’s Livestock 410 Sprint Cars, the Selinsgrove Ford Limited Late Models, and the first ever visit of the Wingless Super Sportsman division. It will also be Senior Citizen Night, to which fans ages 62 and older will receive general admission for $10.

The Limited Late Models will be competing in Twin 20-lap features and each feature will pay $1000 to the winner. The first feature event will be a handicapped show with an invert of either 6, 8 or 10 for the second feature. The 410 Sprint Cars will also be participating in group time trials to set heat race lineups and they will be racing for $4000.

In Weikert’s Livestock 410 Sprint Car competition, Brent Marks enters the weekend as the most recent winner as he bested Logan Wagner and Jared Esh last weekend to claim his ninth career victory at the Juniata County Oval. Wagner enters this weekend as the current points leader by 85-points and he is still searching for his first victory of the 2020 racing season. Mike Wagner (-85), AJ Flick (-150), Marks (-250) and Dylan Cisney (-300) complete the top five.

For the Limited Late Models, Marvin Winters picked up his first career victory at the Speedway back in mid-July, but it’s defending track champion Andrew Yoder holding down the top spot in the season ending point standings by 60-points over Dillan Stake. Devin Hart (-95), Shawn Shoemaker (-125) and Matt Parks (-130) are the rest of the top five.

Finally, the Wingless Super Sportsman are set to make their first-ever visit to the Port Royal Speedway. The T A Ward wingless super sportsman tour enter the weekend coming off a visit to Grandview Speedway that was won by Eric Jennings. Joey Biasi is the current series points leader over Kevin Gutshall, Steve Wilbur, Bill Brian and John Stehman. The series visit is sponsored by Degre Engineering and there will be a $100 Hard Charger Award via Scotty Signs.

Also, fans can now sponsor laps for the 2020 Tuscarora 50 beginning this weekend. Laps are $25/lap and all money will go directly to the leaders of the laps. Fans can choose businesses or shoutouts for their sponsorship and they will be announced throughout the night at the race. To purchase laps, fans may visit the track tower pre-race and please bring exact change.

Gates open at 4pm EST and racing is set to begin at 7pm EST.