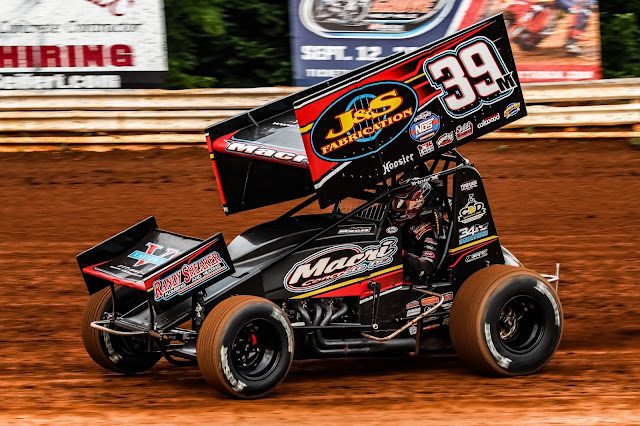 Mechanicsburg – Williams Grove Speedway will present the Billy Kimmel Memorial for the Lawrence Chevrolet 410 sprint cars along with the Civil War Super Late Model Series coming up this Friday, August 7 at 7:30 pm.
Gates will open at 5:30.
The Billy Kimmel Memorial for 410 sprint cars is run in honor of Billy Kimmel of Mechanicsburg.
At the age of 27, Kimmel was fatally injured in a sprint car racing accident at Williams Grove Speedway in 2007.
The 2020 Kimmel Memorial will be 25 laps in distance, paying $3,800 to win with $500 on the line just to start the feature as the racet takes place as a Yellow Breeches 500 event.
There will be NO time trials.
Freddie Rahmer is the defending Kimmel Memorial champion.
The super late models will compete in their first race of the season at the track on Friday as part of the 2020 Civil War Super Late Model Series – North vs South, between Williams Grove and Selinsgrove Speedways as presented by RBS Auto & Trailer Sales and Modern Heritage.
The Civil War Series super late model race will go 25 laps in distance, paying $2,200 to the winner including a posted bonus.
With two races, at Selinsgrove Speedway, already completed this season, Jeff Rine currently leads the series standings over Andy Haus. Both drivers have scored a victory.
Friday’s late model winner will be a guaranteed starter in the August 16 Frank Sagi Tribute race to be held at Hagerstown Speedway.
In 2019, Rick Eckert and Brandon Sheppard scored late model wins at the track with Eckert scoring twice.
Adult general admission is set at $16 with youth ages 13 – 20 admitted for $10. Kids ages 12 and under are always admitted for FREE at Williams Grove Speedway.
A second Williams Grove Civil War Series date comes up at the track on August 21 when the World of Outlaws invade. The event will carry appearance points only toward the Civil War Series standings.
Williams Grove Speedway will be in action on Friday, August 14 with a rare three-division program of 410 sprints, 358 sprints and USAC wingless 360 sprints.
Both the 410 and 358 sprints will receive only 50 appearance points upon entering competition on August 14. All point/race penalties will be suspended for this special program that was added to the 2020 schedule within just the last six weeks.
Posted by Bill McIntyre at Monday, August 03, 2020