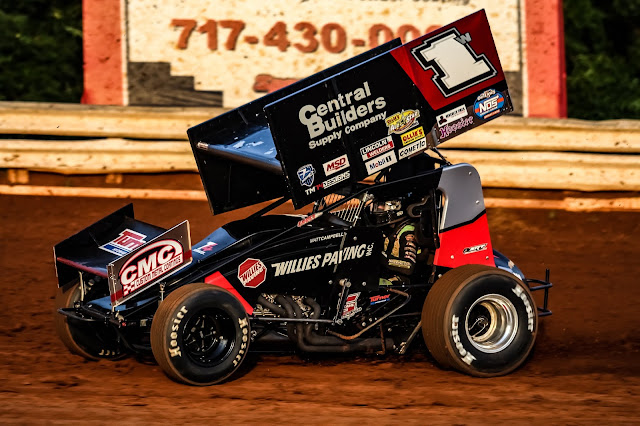 Mechanicsburg – Williams Grove Speedway will be in action this Friday, August 14 at 7:30 pm with a rare three-division program of pure sprint car racing for Lawrence Chevrolet 410 sprints, HJ Towing and Recovery 358 sprints and for the USAC East 360 sprint cars.

The interesting mix of winged and non-wing sprint car action on Friday night will produce an exciting racing program.

The event will be the first-ever appearance at the track of the USAC East 360s while the 410 sprints will be competing in the make up Billy Kimmel Memorial held over from August 7.

For the 410 and 358 sprints, the show will award 50 appearance points only toward the season-long point titles at Williams Grove.

All point/race penalties will be suspended for this special program that was added to the 2020 schedule within just the last six weeks.

Adult general admission is set at $16 with youth ages 13 – 20 admitted for $10. Kids ages 12 and under are always admitted for FREE at Williams Grove Speedway.

So far this season, the 410 sprint ranks have produced seven different winners in eight races at the track.

Brent Marks is the current point leader and is still looking for his first trip to victory lane at the oval this season.

Derek Locke is the current 358 sprint point leader with a win to his credit.

The wingless 360s will race in a 20-lap contest this week.

Williams Grove Speedway will host the World of Outlaws Late Models and the 410 sprints coming up on Friday night, August 21 at 7:30.