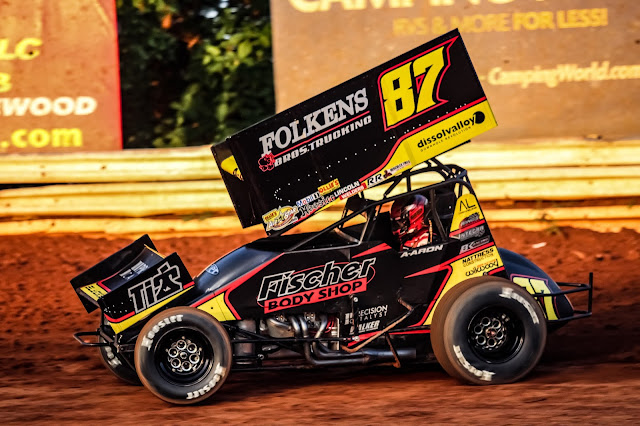 8/23/20
Mechanicsburg – This Friday’s twin 20s for the All Stars Circuit of Champions Sprints at Williams Grove Speedway will honor late, great, promoter Jack Gunn.
The Jack Gunn Memorial twin 20-lap mains will each pay $4,000 to win with total purses for each feature worth over $20,000 each.
First run in 1983, the Gunn Memorial honors late Williams Grove promoter Jack Gunn, a native of Hancock, Maryland.
Gunn was a Hall of Fame Promoter who heralded the speedway as promoter from 1967 until his untimely death from cancer at the age of 48 in 1980.
He began working at the track during the early 1960s as an announcer and honed his skill on the microphone while eventually relaying his talents into the oval’s captain.
It was during his tenure at the helm of Williams Grove Speedway that Gunn rose to prominence on the local and national scene and he took the facility with him.
During his career at Williams Grove, Gunn also promoted with much success at other area tracks.
Gunn’s mark on both Williams Grove and the region itself was to help raise sprint car racing to not only a weekly division but a premiere weekly headline division at that.
Gunn was feted nationally as 1979 Promoter of the Year.
While at the top of his game, he not only stood at the helm at both Williams Grove and Selinsgrove Speedways, but he was also doing the job at Hagerstown, (Maryland) and Penn National Speedways.
In his day, Jack Gunn was known as the most powerful promoter in the East.
And it is that reputation and skill that Williams Grove Speedway will honor yet again this week with the running of the All Stars Jack Gunn Memorial Twin 20s.
Gates will open at 5:30 pm.
Adult general admission is set at $25 with youth ages 13 – 20 admitted for just $10. Kids ages 12 and under are always admitted for FREE at Williams Grove Speedway.
Keep up to date on all the latest speedway news and information by visiting the oval’s official website located at www.williamsgrove.com or by following the track on Twitter and Facebook.
Posted by Bill McIntyre at Monday, August 24, 2020