World of Outlaws Returns To Lake Ozark For Jason Johnson Classic Oct. 17 A star-studded field of drivers will compete for the $15,000 top prize 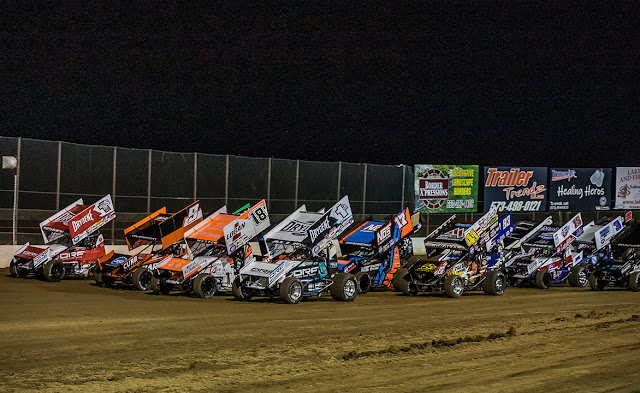 The event, which was originally scheduled for May before being postponed, will see a star-studded field of drivers compete for a $15,000 top prize and will pay $1,000-to-start.

David Gravel brought Jason Johnson Racing a home win during the inaugural Jason Johnson Classic last year and will be on the hunt to do so again in October. However, he’ll have the likes of 10-time Series champion Donny Schatz and Logan Schuchart – who won at the 1/3-mile track in May – and reigning Series champion Brad Sweet – who won at the track last year – to contend with also.

With the championship points battle even tighter than it was last year, the Jason Johnson Classic will play a key part in setting up the title hunt with only three races remaining after it. The battle for the win, the big money and championship points is sure to show fans why the World of Outlaws is The Greatest Show on Dirt.

Reserved and general admission seating tickets are now available and you can get them by clicking here.