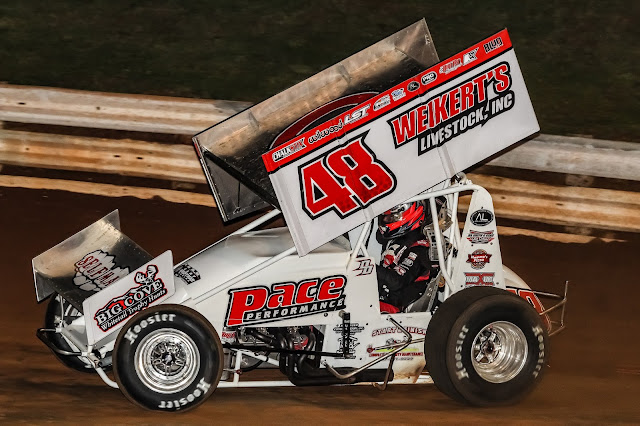 Mechanicsburg – The biggest and richest sprint car race in the East and in the history of Williams Grove Speedway just got bigger and even richer!
Speedway officials announced Friday night that the upcoming Williams Grove Speedway 58th annual National Open on October 3 will post $75,000 to the winner, up from 65K just one year ago.
The two-day World of Outlaws stand at Williams Grove Speedway for the Champion Racing Oil National Open is slated for October 2 and 3 with Friday’s 30-lap main paying $10,000 to win while Saturday’s 40-lap feature offers up the whopping 75K.
Just like in 2019, the 2020 Champion Racing Oil National Open at Williams Grove continues to be the biggest cash payday ever in the history of the oval and in the East, at $75,000.
And this season, the widely acclaimed event will indeed go down in history as the richest one-day event and biggest payday in sprint car racing across the nation, with Saturday’s one-event total purse alone eclipsing $135,000!
The premiere sprint car contest at the track since it began in 1963, the Williams Grove National Open first paid $25,000 to win in 2001 before jumping to $30,000 in 2002 and then to a monumental $50,000 in 2006.
The 2020 increase to the Champion Racing Oil National Open winner marks the third year in a row that Williams Grove Speedway has ramped up the prestigious event.
David Gravel pocketed $50,000 for the win in 2017 followed by $56,00 that went to winner Lance Dewease in 2018.
Last year’s winner, Brent Marks of Myerstown, took home $65,000 for the victory.
Save for two years when rains forced postponement, the World of Outlaws has sanctioned the prestigious Open every year since 1989.
The race went to 40 laps in 1993 with distances set at 50, 75, 100 and 150 laps at times since the event’s inception.
Hastings’ Michigan driver Gordon Johncock won the inaugural race.
Posted by Bill McIntyre at Saturday, September 05, 2020