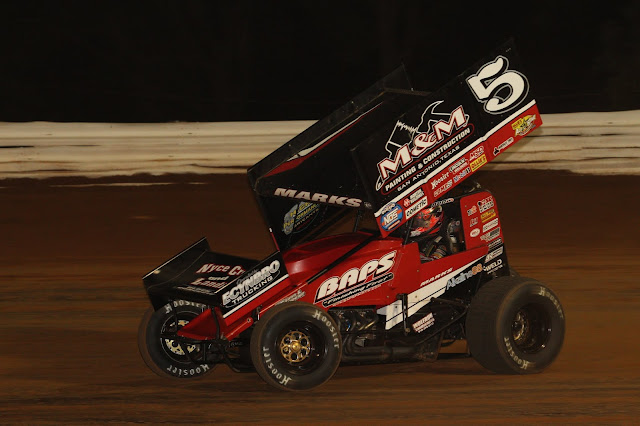 9/27/20
Mechanicsburg – The biggest and richest sprint car race in the East and in the history of Williams Grove Speedway is at hand as the 58th annual Champion Racing Oil National Open looms this weekend at the Cumberland County oval.
Sanctioned by the World of Outalws Sprint Cars Series, the two-day affair on October 2 and 3 will put the eyes of the sprint car world on Williams Grove Speedway.
Slated for October 2, the National Open Preliminary will feature a 25-lap main paying $10,000 to the winner on Friday night.
Then on Saturday, October 3, the 2020 Champion Racing Oil National Open will again offer the biggest winner’s share ever in the history of the oval and in the East, at $75,000 for 40-laps of work.
Besting all other sprint car events this year, the widely acclaimed race will go down in history as the richest one-day event and biggest payday in sprint car racing across the nation, with Saturday’s A-Main total purse alone eclipsing $130,000!
The World of Outlaws drivers will enter the meet with Californian Brad Sweet atop the series point standings to go along with eight wins on the season.
But just 40 points back of Sweet is home state native Logan Schuchart of Hanover aboard his grandfather Bobby Allen’s No. 1S.
Schuchart has six wins this season and may be primed for his first ever Williams Grove Open win.
However lurking just behind Schuchart, third in series points although perhaps a bit off of his feed this year, is the winningest driver in National Open history, perennial WoO champion Donny Schatz who has taken the prestigious affair an unprecedented five times. .
A two-time Open winner, David Gravel has been strong this season on the outlaws tour and could also be a contender along with Oklahoma’s Daryn Pittman who has finished second on five occasions in the National Open.
Pittman is due for a win in the race and this year could do the trick now that he has reunited with former local car owner Mike Heffner who likewise is overdue for a victory in the historic spectacle.
Freddie Rahmer enters the final two races of the year in the Open as the Williams Grove point leader by 145 points over defending National Open winner Brent Marks.
Rahmer has never won the Open although his father Fred does own one win and could certainly guide his son to his first triumph.
One-time Open champion Danny Dietrich is currently third in points.
Local Lance Dewease, a four-time Open winner himself, could also be considered a favorite by the PA Posse faithful as he looks for his 100th career Williams Grove Speedway victory with the talents of former driver/car owner Don Kreitz Jr. and mechanic Davey Brown Sr. turning the wrenches.
The National Open will see the 2020 Williams Grove Speedway Lawrence Chevrolet 410 sprint car series champion crowned at the conclusion of Saturday’s Open.
Adult general admission for October 2 is set at $30 with youth ages 13 – 20 priced at $15. Adult admission for October 3 is $35 with youth priced at $20.
Kids ages 12 and under are always admitted for FREE at Williams Grove Speedway.
Both nights of action are slated to get underway at 7:30 pm.
Keep up to date on all the latest speedway news and information by visiting the oval’s official website located at www.williamsgrove.com or by following the track on Twitter and Facebook.
Posted by Bill McIntyre at Monday, September 28, 2020