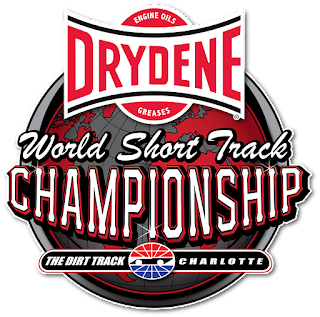 Warminster, PA – Sept. 24, 2020 – Drydene Performance Products will be the title sponsor of the fifth annual World Short Track Championship, DIRTcar Racing announced on Thursday. With a purse of over $125,000, the mega-event will once again give the best weekly racers from across the country the chance to shine at one of the premier dirt racing facilities, The Dirt Track at Charlotte Motor Speedway, October 29-31.
Drydene, headquartered in Warminster, Pennsylvania, is a historic brand and a staple in the mid-Atlantic region and offers a product lineup that includes engine oils, racing oils, transmission oils, hydraulic oils, grease, gear lubricants, diesel exhaust fluid and other functional fluids. The company once again demonstrated its strong support of grassroots racing with this multiyear title sponsorship.
“We are thrilled to support the grassroots core of racing with this incredible opportunity,” said Dave Klinger, President of Drydene Performance Products. “Their passion, like ours, is unmatched, and as the hardest working brand in heavy-duty lubrication, we certainly understand how much elbow grease they put into their racing. What better way to celebrate that hard work than on a big stage like Charlotte.”
Drydene’s support of motorsports cuts across multiple levels and classes nationwide. The company is a proud partner of the World of Outlaws and is the Official Motor Oil and Official Diesel Exhaust Fluid of the World of Outlaws Sprint Car and Late Model Series, as well as the presenting sponsor of DIRTVision. Team Drydene’s roster of national drivers includes Shark Racing’s Logan Schuchart and Jacob Allen in the World of Outlaws NOS Energy Drink Sprint Car Series, as well as legend Scott Bloomquist and Ricky Weiss in the World of Outlaws Morton Buildings Late Model Series. On the regional level, Team Drydene drivers can be found in Dirt Late Model, Sprint, and Midget series across the country.
The Drydene World Short Track Championship once again runs the week before the World of Outlaws Can-Am World Finals (Nov. 5-7) at The Dirt Track to kick off two gripping weeks of racing.
Like the previous two years, nine divisions will compete for titles.
• Drydene DRF Crate Sportsman/Street Stocks
• FOX Racing SHOX Pro Late Models
• Chevrolet Performance 602 Late Models
• Summit Racing Equipment DIRTcar UMP Modifieds
• Hoosier Racing Tire Pro Modifieds
• VP Racing Fuels DIRTcar Sportsman Modifieds
• DIRTcar Pro Stocks
• COMP CAMS Monster Mini-Stocks
• DIRTVision FWD/Hornets/Sport Compacts
Since its inception in 2016, the World Short Track Championship has attracted over 300 racers across eight and nine divisions during three nights of action-packed racing. And once again, the 2020 Drydene World Short Track Championship will be broadcast on DIRTVision Presented by Drydene as part of the monthly FAST PASS subscription, increasing the exposure for some of dirt track racing’s most exciting divisions.
Each division will have a chance to get a feel for the track during open hot lap sessions on Thursday, October 29.
On Friday, October 30 the program will include qualifying Heat Races, as well as 20-lap All Star Invitational Features for the Pro Late Models, UMP Modifieds, Sportsman and Pro Stocks, plus two 15-lap FWD/Hornet Features.
Saturday, October 31, the final night of competition, will begin with Last Chance Showdown races for five divisions and end with Championship Features for all nine divisions. Sunday will be used as a rain date, if necessary.
Online registration is open through October 21. Drivers who pre-enter will receive a FREE Pit Area Camping permit and an extra entry in the Chevrolet Performance 602 and 604 engine drawing. Each team entered will also receive a complimentary ATV Pass.
Three-day event Pit Passes are $75 for DIRTcar members and $90 for non-members. Single-day Pit Passes will also be available. Reserved trackside pit parking will be available for $125, as well as upper reserved parking for $100. Spots are limited. Contact Colton Dalberth at 704-707-0258 or cdalberth@dirtcar.com to reserve a spot.
Two-day general grandstand admission (Friday and Saturday) will be $55 for adults. Children 13 and under get in free. Single-day general admission will also be available. Tickets will be sold at the track only, during the days of the event. Camping at the Charlotte Motor Speedway campground can be reserved in advance by contacting the Speedway’s camping office at 1-800-455-FANS.
For more information about the Drydene World Short Track Championship, head to https://dirtcar.com/events/world-short-track-championship/.
About Drydene Performance Products
For decades Drydene lubricants have been made in America and made to last, paving the way on our highways, in our fields and on the production line. And we’re still right here today doing what we do best; helping America Get the Job Done. Drydene products are built with ALL Technology®, Advanced Lubricity Life chemistry, to meet and exceed today’s modern automotive, heavy duty and industrial needs. Drydene offers a complete line of automotive, commercial and industrial lubricants, including engine oils, diesel exhaust fluid (DEF), transmission fluids, grease, and hydraulic & gear oils. For more information, visit www.drydene.com or follow us on Facebook: TeamDrydene, Twitter: @TeamDrydene and Instagram: TeamDrydene.
Posted by Bill McIntyre at Friday, September 25, 2020