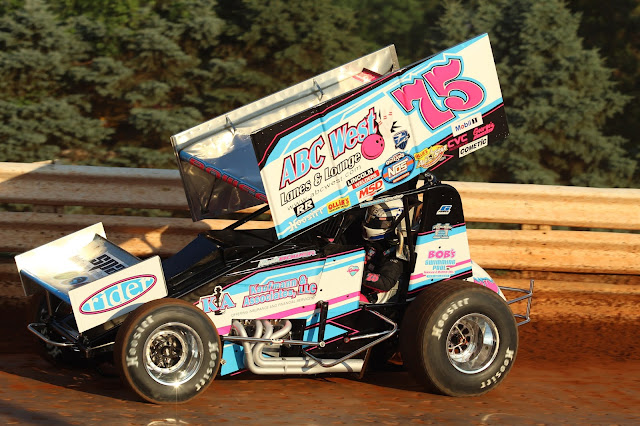 9/20/20
Selinsgrove, Pa – This Saturday’s 38th annual Icon Legacy Homes Jim Nace Memorial National Open at Selinsgrove Speedway will find the race entering its fifth different decade since beginning in 1983.
Along the way the prestigious Selinsgrove event has seen a total of 19 different drivers win the contest since the late Maynard Yingst of Linglestown swept the first three in a row in 1983, 1984 and in 1985.
But the now fall classic at Selinsgrove Speedway was originally a summer sizzler with the first four taking place in either June or July.
It wasn’t until 1987 when Ohio’s Dave Blaney got the win that the race was moved into the autumn of the year, taking place on October 3 before it settled into September in 1989 as Midwestern star Doug Wolfgang scored a 75-lap United Sprint Association sanctioned Open worth over $51,000.
The event domination of Fred Rahmer took center stage during the second half of the 1990s as the Salfordville speedster scored five of six races between 1995 and 2000.
In fact, to date no other driver has been as successful in the Selinsgrove Nationals as the retired Rahmer.
His closest pursuers on the all-time Open win list are the late Greg Hodnett and retiree Todd Shaffer, both of whom each counted four checkered flags in the race.
Following the untimely death of five-time Selinsgrove Speedway sprint car track titlist Jim Nace in 2009, the race format was expanded into two segments in 2010 and was now run as the Jim Nace Memorial National Open.
The race used the twin segment format for a total of three years before again becoming a single event in 2013.
Interestingly enough, Thompsontown’s Nace only ever recorded one top-five finish in the Open and never scored the big payday but his Selinsgrove record of five track titles and 46 super sprint car wins certainly cements him as the affair’s namesake.
The Jim Nace Memorial National Open was expanded financially in 2019 to post $20,000 to the winner of a 40-lap contest, billed as the biggest unsanctioned sprint car payday to be posted in the state of Pennsylvania and in the East.
Over the years the most successful drivers in the race that haven’t been able to score a win include four-time Open top-five finishers Paul Lotier and Crish Eash along with three-time top-fivers Randy Wolfe, Joey Borich, Sean Michael, TJ Stutts, Mark Smith and Brent Marks.
On the car owner side of the event, no entry has been driven to National Open victory more than the famed Hamilton Motorsports No. 77 machine, having made the victory lane trip some six times.
Keith Kauffman scored for owner Al Hamilton in 1988 with Lance Dewease taking the W in 2002 while Fred Rahmer sandwiched four wins in between.
Bob Stewart, proprietor of the No. 12 Apple Motorsports sprinter, owns four race triumphs with one belonging to Rahmer, two to Hodnett and one to Chad Layton in 2006.
Three time ownership winners have been Maynard Yingst, Gary and Patty Beam and Zane Highlands.
Saturday’s $20,000 to win 38th annual Jim Nace Memorial National Open gets underway at 7 pm. The race carries a raindate of Sunday, September 27 at 6 pm.
Saturday gates open at 4:30 pm.
Adult general admission for the season finale is set at $30 with students ages 12- 17 priced at $15. Kids ages 11 and under are always admitted for FREE at Selinsgrove Speedway.
Reserved seats can be purchased at an additional price of $2 for all ages. Pit admission is set at $40.
Advanced general admission tickets and reserved seats are available by emailing contact information to: promoter@selinsgrovespeedway.com.
~ Selinsgrove Speedway ~ A New Identity In Twenty-Twenty
www.selinsgrovespeedway.com
Posted by Bill McIntyre at Monday, September 21, 2020