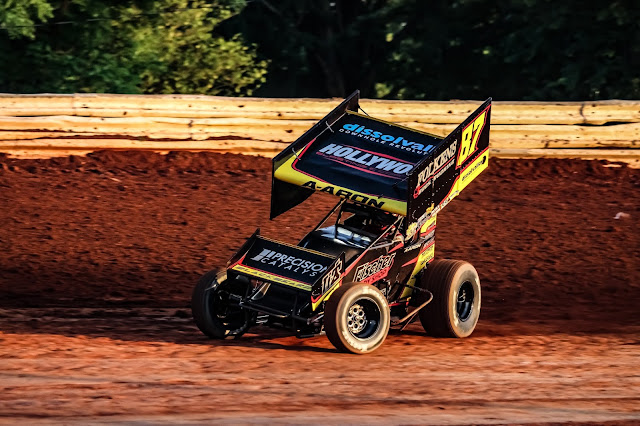 Mechanicsburg – Williams Grove Speedway will return to action in two weeks, coming up on Friday, September 18 at 7:30 pm with the All Stars Circuit of Champions Sprints Jack Gunn Memorial/Dirt Classic Qualifier for the Lawrence Chevrolet 410 sprint cars.
The 30-lap main for the 410 sprints will go 30 laps in distance and pay $5,000 to the winner.
The PASS/IMCA 305 sprint cars are also on the program.
Adult general admission for the special show is set at $20 with youth ages 13 – 20 priced at $10. Kids ages 12 and under are always FREE at Williams Grove Speedway.
Gates will open at 5:30.
The 410 sprints will time trial to set heat starting lineups with Fast Tees Screenprinting of Thompsontown offering $300 to set quick time over the field.
The special All Stars event for the sprinters will be another contest in the 2020 Hoosier Diamond Series at Williams Grove.
Aaron Reutzel of Clute, Texas, a seven-time winner with the All Stars this season is the current series point leader over California’s Cory Eliason.
Friday’s winner will earn a guaranteed starting spot in the Dirt Classic at Lincoln Speedway coming up the next night, September 19.
Run yearly beginning in 1983, the Jack Gunn Memorial honors late Williams Grove promoter Jack Gunn, a native of Hancock, Maryland.
Gunn was a Hall of Fame Promoter who heralded the speedway as promoter from 1967 until his untimely death from cancer at the age of 48 in 1980.
It was during his tenure at the helm of Williams Grove Speedway that Gunn rose to prominence on the local and national scene and he took the facility with him.
Gunn’s mark on both Williams Grove and the region itself was to help raise sprint car racing to not only a weekly division but a premiere weekly headline division at that.
Gunn was feted nationally as 1979 Promoter of the Year.
While at the top of his game, he not only stood at the helm at both Williams Grove and Selinsgrove Speedways, but he was also doing the job at Hagerstown, (Maryland) and Penn National Speedways.
Kyle Larson won over the All Stars during a circuit appearance at the track back in July.
Reutzel is the defending Jack Gunn Memorial champion.
Posted by Bill McIntyre at Tuesday, September 08, 2020