My thoughts on the 2016 Racing Season Gone By

Hello and welcome back to a brand spanking new My Thoughts on The 2016 Racing Season Gone By. I am your host as usual Bill McIntyre. I don't know about any of you race fans but the 2016 racing season was a strange one. One of the strangest racing season I can ever remember. Good racing, GREAT racing, drivers fighting with each other, drivers fighting with race tracks, good weather, bad weather. The 2016 had it all didn't it.

Most of you know I'm a numbers guy so lets start off by looking at the 2016 racing season by the numbers.

2 - 2 different drivers posted double digit wins in 2016. Hodnett with 19 and Lance Deweese with 10. That was down from 4 last season.

5 - 5 of those first time winners were rookies in the 358 division.

Now those stats can all be seen on the right side of the very website you are checking out this very minute but how bout we drop a few states that are not as easy to find....

Car Counts for the 2016 racing season in Central PA.

Car counts are something everyone worries about. Whether its Trail Way Speedway or Williams Grove Speedway, a fan or the promoter of the track it seems that is the 1 thing everyone worries about. Well guess what folks? Car Counts are not as bad as we think they are. Here are the car counts for the 7 tracks in Central PA for 2016 and a few extra tidbits just to make you think a little bit.

Williams Grove Speedway - The Grove averaged 28.64 cars per race in 2016 for the 410 division.. The track was helped by huge numbers for the Outlaws and All Stars who ran there 5 times bringing with them 36 or more cars. The highest car count was the National Open which saw 48 cars which tied Lincoln Speedway for the biggest car count of 2016. The good news for WG is they never dropped into the teens like they did in 2015.

The 358 division saw a major increase in car counts as well. 26.63 cars per race in 2016 was a major upswing for the track. They had a season high 31 twice for the Capitol Renegade KING Series and the Nouse Signs and Graphics race. To me it would seem the drivers respond to extra special races that give the drivers a chance to earn extra money. Only twice in 2016 did the division not have a full field.

Now the 360's ran 4 races and brought 26.5 cars per race. Same exact number of cars as the 358 division but remember the track pays out double the purse. So did it make sense to run them? I will let you figure that one out.

Lincoln Speedway - Lincoln Speedway averaged 30 cars per race in the 410 division in 2016. Highest being the Dirt Classic which had 48 cars and the All Stars that saw 41 cars in the pits. Only twice in 2016 did Lincoln not have a full field of  410 sprints.

The 358's saw an average of 31 cars pit side for their 19 races. The best car count was on July 2nd with a 358 season high of 41 for any race track. Only once did the division not have a full field so the 358's remain strong as the main support division for Lincoln Speedway.

Port Royal Speedway - 28.7 was the average for the 410's at Port Royal Speedway in 2016. They topped over 40 cars for the last 3 races of 2016 the Outlaw race saw 45 and both nights of the Tuscarora 50 had 41. Looking at the numbers the scary thing was the track had car counts in the teens 3 times with 16 being the worst. They had 3 other races that did not have full fields so 6 out of 22 races with bad car counts shouldn't be any big deal. The track has figured out the secret to pulling cars in and that's monster paying races that bring 30+ cars in 10 times in 2016. And some wonder why Port Royal Speedway has been voted the best track in Central PA 3 years running? How does a $50,000 to win race in 2017 sound? Sounds like another reason for drivers to support Port Royal Speedway.

Trail Way Speedway- Trail Way Speedway saw an average of 17.66 cars per race in 2016. While that was the lowest car count of any track in Central PA, it a very good number for the track and here is why. The track saw 3 more cars per night at the track from 2015. That shows growth and I hope it continues in 2017.

Selinsgrove Speedway - 23.45 was the average car counts for the only track that runs the 360 sprints in 2016. That number is a positive sign that more teams are starting to support the fastest track in Central PA.

The 410 races still struggled though in 2016 as they only averaged 23.5 cars per race. But car counts don't always equal great racing as the best 410 race I saw in 2016 was at Selinsgrove Speedway.

Susquehanna Speedway - The home of the Super Sportsman saw the division average 26 cars per race in the 1st season for the class at their new home. Only once in the 2016 season did they not have a full field and it will be interesting to see how the new guys on the block can build on that for 2017.


Wanted to finish of my last article of 2016 with some highlights of the best racing I saw in 2016. The best 410 race I saw in 2016 was at Selinsgrove Speedway on June 12th. Now most race fans didn't make it to Selinsgrove that night for the special Friday night show as Williams Grove had the USAC Silver Crown Cars there for their huge return to the historic track but for the fans who made the trip up 11/15 to the fastest half mile on the east coast they were treated to a hell of a 3 car battle for the win which would end up being won by Greg Hodnett. This race had my entire family and everyone in the stands holding their collective breath as the drivers dive bombing each other for the win. I have always said that Selinsgrove Speedway is my favorite track in Central PA and this race showed everyone why. Not sure what it is but when drivers can run a half mile like they are racing on a 1/4 mile bullring it makes for some exciting racing.

A close runner up for the best 410 race of 2016 has to go to the July 10th race at Trail Way Speedway. My good friend said after the race that was like watching fighter jets in a gymnasium. Watch the highlights from that race and you can see why it will be one of the most anticipated races in 2017 once again.


The best 358 race of 2016 happened at Lincoln Speedway on August 6th and came down to a last lap pass for the win by Kevin Nouse over rookie Tyler Walton. The track was bad fast with a great cushion to bounce off of and it gave the fans in attendance that night a race that they would never forget. Kudos to Fred Putney for the track and all the drivers for putting on the best race of 2016 in the 358 division.


Well folks that is all for the 2016 racing season. Thanks again for taking the time to check out Central PA Racing Scene. While we are just starting the all to brief off season we are less then 100 days away from the 2017 Central PA Racing Season kicking off once again at Lincoln Speedway. Myself along with Nicole Signor and Killer Mile Motorsports will be back in 2017 to cover all the racing action for you. Remember when you need  results from any race in Central PA there is only 1 website that has you covered and that is Central PA Racing Scene. So until next time enjoy the holiday seasons and we will see you all at a track near you very soon. 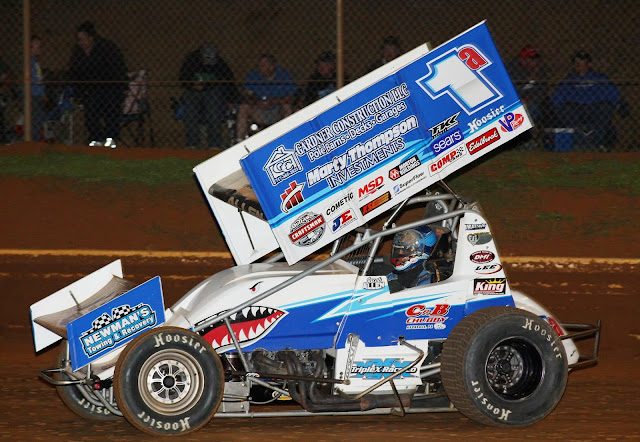 And it brought a little of everything.

Hanover’s Jacob Allen gave the largest crowd of the season a thrill has he led all 30-laps to capture his first career 410 Sprint car win.  Allen’s win came in the final BAPS Coatings & Supplies race of 2016.

After winning the dash, Allen, who recently completed his third full season on the World of Outlaws tour lined up on the pole and would keep Lance Dewease at bay during the entire 30 lap distance as he became the fourth different winner in five BAPS events this season.

With Delaware style restarts the theme for the day, Allen was able to stay out front and was never seriously challenged as he brought home the big $5,000 check for the Shark Racing Team, owned by his father, Bobby Allen.

Allen controlled the event as only one caution slowed the pace during the first 21 laps.

But two straight reds, one for Kyle Reinhardt and then another for Logan  Wagner on the restart slowed the pace. The third and final red came out with four laps to go when Tyler Reeser flipped. 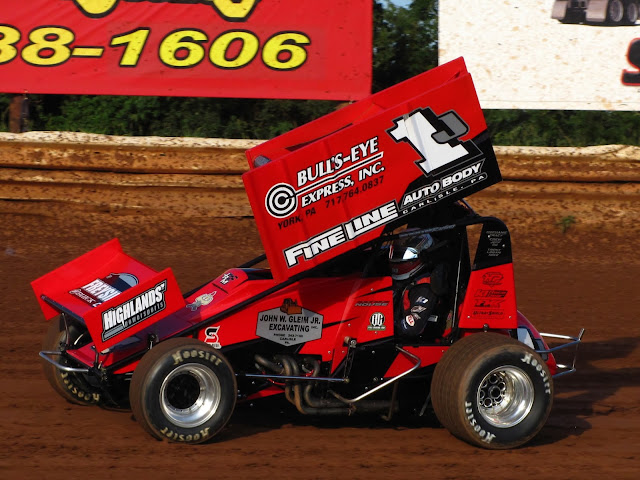 Kevin Nouse started second in the 25-lap 358 Sprint car feature and led flag to flag to score the $1,000 payday.

Numerous yellows slowed Nouse’s pace and a close call when Shane Yost spun directly in front of him with 22 laps complete, but it was all Nouse out front in taking the win over sixth-starting Steve Owings, 14th starter Kyle Denmyer, 10th starting Brie Hershey and 18th starting Cody Flecher.

Heats for the 24 358 Sprints were won by Nouse, Doug Hammaker and Drevecki.

The 2016 awards banquet is up next for Susquehanna Speedway and it will be held on Saturday, December 17th at the Wyndham Gettysburg. The deadline to register is December 2nd. Tickets are $50 per person. Cocktail hour begins at 5pm with the banquet beginning at 6pm. The Colt Wilbur Band will be the featured entertainment.

Disqualified: Danny Dietrich (Late to feature lineup gird then refused to go to the rear of the the field: Three other cars were also late to the grid and started as the rear.

Posted by Bill McIntyre at Sunday, November 06, 2016 No comments: