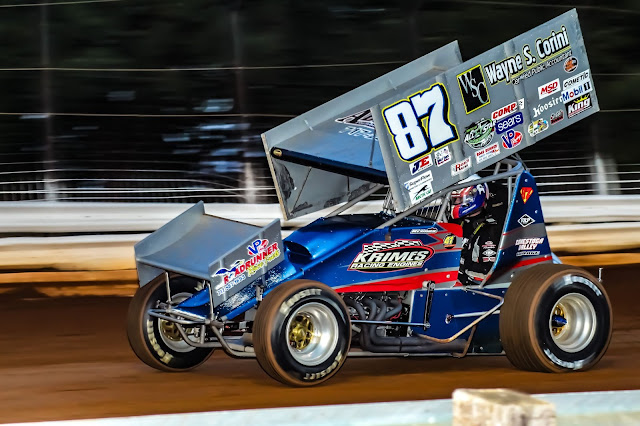 Williams Grove Speedway has released its 2019 schedule of events featuring 31 race dates, all which include the powerful Lawrence Chevrolet 410 sprint cars.

The 2019 season opener featuring the 410 sprints only is slated for Sunday afternoon, March 17 at 2 pm.

A total of four season dates for the always-popular super late models has been slated including the return of the World of Outlaws late model series to the track for the first time since 1988 on August 16.  A slated return appearance in 2018 was lost to rain.

Other 2019 late model dates are March 22, March 29 and June 7 as part of the KRS Graphics Tri-Track Challenge.

The HJ Towing & Recovery 358 sprint cars will be featured on 10 occasions at the track in 2019 with the division kicking off action on April 26 running through September 20.

Returning to the track after a year away will be the USAC Silver Crown cars, coming up on Friday, June 14.

More USAC action at the track this season will include the USAC East Wingless 360 Sprints, taking part in their first-ever show at the track on April 5.

The World of Outlaws sprint cars again return to the track next season for a total of six events including the usual two-day May and July stands along with the two-day, 57th annual National Open on October 4 and 5.

Champion Racing Oil returns to sponsor the entire National Open weekend in 2019 as well as the Summer Nationals on July 26 and 27.

H & N Landscaping will present the World of Outlaws sprint cars at Williams Grove on May 17 and 18.

The All Star Circuit of Champions sprints will make two appearances at the track again in 2019.

All Stars action is slated for the Tommy Hinnershitz Memorial on April 12 and again for the Jack Gunn Memorial Twin 20s on August 23, paying $4,000 to win each event.

The United Racing Club 360 c.i. sprints have three dates inked on the 2019 schedule.

May 3 will find the oval taking part in the second running of The Battle At The Groves event, featuring Friday racing at Williams Grove and Saturday racing at Selinsgrove Speedway for both URC and the nationally popular ASCS 360 sprints.

Other divisions appearing on the 2019 schedule include the PASS IMCA 305 sprints and the super sportsman along with limited late models.

The 10-race Hoosier Diamond Series will again be staged at Williams Grove in 2019 with a champion of the series  declared based on performances in select increased purse races during the year.

Also returng for another run in 2019 will be the lucrative Yellow Breeches 500 races, with each of five races paying $500 just to start.

.The Diamond Series will serve to honor two legendary Williams Grove car owners in 2019, with the Lynn Paxton tribute event slated for May 24 and the Keith Kauffman tribute planned for August 30.

The Pennsylvania Speedweek Series will visit Williams Grove Speedway for a pair of shows on June 28 and July 5.

Keep up to date on all the latest speedway news and information by visiting the oval’s official website located at www.williamsgrove.com or by following the track on Twitter and Facebook.
Posted by Bill McIntyre at Saturday, December 22, 2018 No comments: 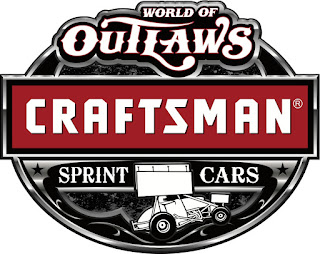 “We are looking forward to another great season of World of Outlaws racing in 2019,” longtime Series Director Carlton Reimers said. “On the strength of our excellent relationships with tracks and promoters, we are eager to get the season started with our determined teams for our dedicated fans.”

With driver and team changes taking the majority of the early off-season spotlight, the official announcement of the full schedule heightens the excitement for the 2019 season as the days wind down until the 48th Annual DIRTcar Nationals at Volusia Speedway Park on February 5th-16th in Barberville, FL.

Following Florida, the World of Outlaws will head west with stops in Texas and Las Vegas before spending the entire month of March in California, where the Series will stop at eight different facilities, including the return to Keller Auto Speedway in Hanford on Friday, March 29.

An additional date in Arizona at USA Raceway in Tucson will open April before the Series heads east for the $20,000-to-win Texas Outlaw Nationals at Devil’s Bowl Speedway in Mesquite, TX on April 12-13.

May remains consistent, with the Series’ first visit of the season to the East Coast with stops in Pennsylvania, New Jersey, New York and North Carolina.

May crosses into June with the much-anticipated inaugural $25,000-to-win Music City Outlaw Nationals at Nashville Fairgrounds Speedway that will take place Friday, May 31 and Saturday, June 1 in the heart of Music City, TN.

With the premier drivers comes premier events and as the summer begins to heat up, the World of Outlaws will take center stage at every marquee event, starting at the three-day, $41,000-to-win Jackson Nationals in Jackson, MN.

Kings Royal weekend at the famous Eldora Speedway promises to be one to remember as a significant purse increase has been confirmed.

Following Kings Royal, the Outlaws will take place in four straight events that pay at least $20,000-to-win at Lernerville Speedway (Don Martin Memorial Silver Cup), Williams Grove Speedway (Champion Racing Oil Summer Nationals) and Federated Auto Parts Raceway at I-55 (Ironman 55) before ending the lucrative stretch at “The Granddaddy of Them All” the Knoxville Nationals.

Following the Nationals, the Outlaws will head west once again with stops in the Dakotas and Montana before their annual stop in Washington and Oregon and fall swing through California. Added to the fall West Coast swing is the Series inaugural visit to Fernley 95A Speedway in Nevada on Sunday, September 15.

A return of the two-day Boot Hill Showdown at Dodge City Raceway Park and the final stops of the year at the popular Eldora and Lernerville Speedway’s lead the Outlaws to the Champion Racing Oil National Open at Williams Grove Speedway, which will pay $56,000-to-win.

After a final cycle through the Midwest, the World of Outlaws will finish up on the East Coast at Port Royal Speedway before concluding the season alongside the World of Outlaws Craftsman Late Model Series and Super DIRTcar Series Big-Block Modifieds at the World Finals at The Dirt Track at Charlotte Motor Speedway on November 7-9.

With new faces, new partners and the same heart-pounding excitement of 800-plus horsepower Sprint Cars, the 2019 World of Outlaws season promises to be nothing short of spectacular.

All 92 nights of Outlaw racing, including the Knoxville Nationals, will be available LIVE on DIRTVision.com!
Posted by Bill McIntyre at Wednesday, December 05, 2018 No comments: