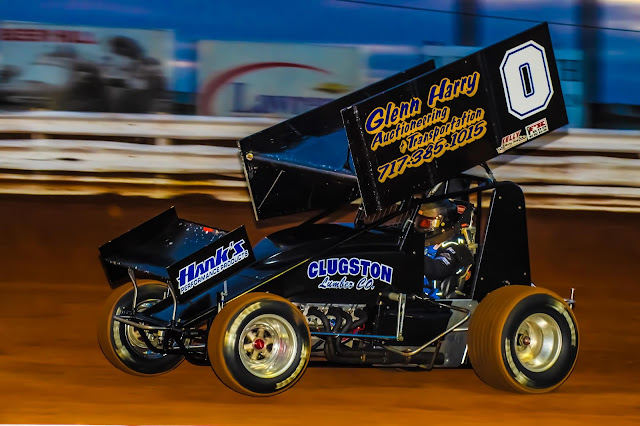 3/10/19
Mechanicsburg - Williams Grove Speedway will raise the curtain on the 2019 racing season coming up this Sunday, March 17 at 2 pm when it hosts the Lawrence Chevrolet 410 sprint cars in an event paying $4,080 to win.

Presented by Hoosier, gates for the first event of the season will open at noon with warm ups slated for 1:30 pm.

The defending opening day winner and Williams Grove Speedway track champion, Lucas Wolfe will be on hand at the main grandstand entrance to meet and greet fans and sign autographs from noon until 12:45 pm.

Courtesy of Hoosier, opening day fans will be treated to FREE Hoosier merch at the ticket gates including hats, hoodies, t-shirts, seat cushions and can coolers.  Prizes will be given out on a first come, first serve basis.

The Sunday afternoon season lidlifter will feature the 410 sprints only in heat races and a 25-lap feature event.

Last year in the opener on March 11, Wolfe led the field from start to finish to record his first ever Williams Grove opening day event.

The initial start of the 25 lap main for the 410 sprints was red-flagged when Phoenixville’s Brian Montieth vaulted into a series of flips in the second corner.

Adult general admission for the 2019 season opener is set at $15 with youth ages 13-20 admitted for just $10.  Youth ages 12 and under are always admitted for FREE at Williams Grove Speedway.
Keep up to date on all the latest speedway news and information by visiting the oval’s official website located at www.williamsgrove.com or by following the track on Twitter and Facebook.
Posted by Bill McIntyre at Monday, March 11, 2019