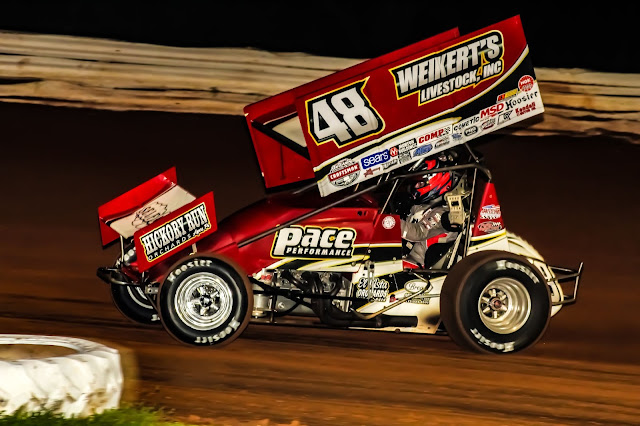 Mechanicsburg - Opening day at Williams Grove Speedway is a tradition that dates back to the maiden season in 1939 when The Flying Dutchman, Tommy Hinnershitz of Oley claimed the very first race held at the track.

And another chapter in Williams Grove lidlifter history is set to unfold in just two weeks, on Sunday afternoon, March 17 at 2 pm when the 2019 season opener is spun off featuring the Lawrence Chevrolet 410 sprint cars.

Presented by Hoosier, gates for Opening Day 2019 will open at noon.

Courtesy of Hoosier Tires, Hoosier giveaways are slated for the season lidlifter for both fans and racers alike.

Adult general admission is set at $15 with youth ages 13-20 admitted for just $10 while kids ages 12 and under are always admitted for FREE at Williams Grove Speedway.

A host of prominent and some not so well known names dot the opening day win list at Williams Grove Speedway.

Hinnershitz, a AAA East champion in his career, claimed a total of three openers.

A Texan destined for greatness by the name of AJ Foyt took the victory in 1964.

Another man on his way to racing immortality, Jan Opperman hit the local scene for his first of three Williams Grove opening day wins in 1970.

The duo of Lynn Paxton and Keith Kauffman struck for a total of five lidlifter wins in the decade of the 1980s while a virtual unknown in sprint cars, Kevin Collins, upended the field in 1983.

The 1990s dawned with Kenny Adams scoring a victory before Don Kreitz Jr. and Fred Rahmer each took a pair of opener wins.

Brian Paulus closed the decade with what was perhaps considered an upset win before a youngster from Enumclaw, Washington, began the 2000s with an undisputed upset, coming at the hands of a pre-Nascar Kasey Kahne.

Greg Hodnett would etch his name on the historical first race win list twice during the 2000s while familiar names like Lance Dewease, Crish Eash, Kreitz and Rahmer would return along with a popular win for underdog Mike Erdley of Elizabethville.

Rahmer and Hodnett continued winning into the 2010s while first time checkers have gone to Danny Dietrich and defending opener winner Lucas Wolfe of Mechanicsburg.

And by far, the upset of the decade to date came at the hands of New Oxford’s Gerard McIntyre Jr. in 2014.

Keep up to date on all the latest speedway news and information by visiting the oval’s official website located at www.williamsgrove.com or by following the track on Twitter and Facebook.
Posted by Bill McIntyre at Sunday, March 03, 2019