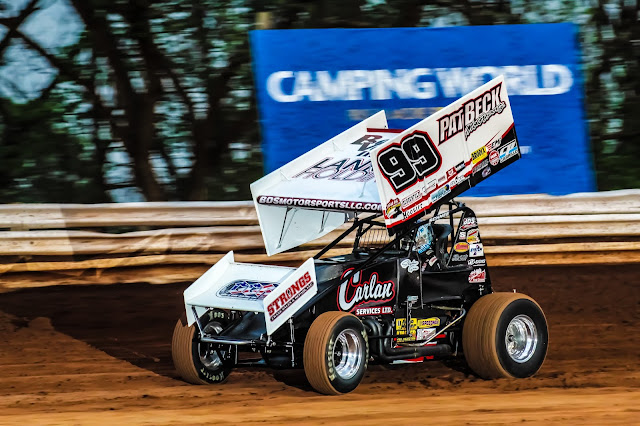 SELINSGROVE, Pa. – The Lucas Oil American Sprint Car Series National Tour returns to Selinsgrove Speedway at 7 p.m. Saturday, May 4, for the highly anticipated Eleven Oaks Farm “Battle of the Groves II.” The 30-lap main event for the 360 sprint cars will pay $5,000 to win out of the $20,000 purse.

The MAVTV Motorsports Network will broadcast the race, a first in the speedway’s 73-year history.

The limited late models will make their season debut at the track and compete in a 20-lap feature paying $1,000 to win.

Blane Heimbach of Selinsgrove is the defending winner of the ASCS National tour race at the Snyder County half-mile oval. The former three-time track champion out-raced a stellar field of 41 360 sprint car drivers for the victory in last year’s inaugural event.

The Lucas Oil American Sprint Car Series National Tour will kick off the Eastern swing at Williams Grove Speedway the night before at 7:30 p.m. Friday, May 3.

Three 360 sprint car races have produced three different winners at Selinsgrove Speedway to date.  Kyle Reinhardt of Neptune City, N.J., won his first career race at Selinsgrove in the Opener, with Jason Shultz of Carlisle and Ryan Kissinger of Bloomsburg taking the next two events of the season.