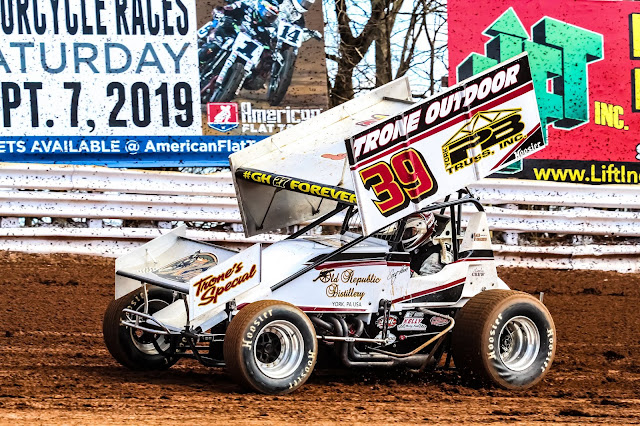 Mechanicsburg – A pair of important dates for fans of all ages is in the offing on the Williams Grove Speedway schedule, April 12 and April 19.

Both dates feature the Lawrence Chevrolet 410 sprint cars with the April 12 event being the annual Tommy Hinnershitz Spring Classic, sanctioned by the Ollie's Bargain Outlet All Stars Circuit of Champions Sprint Cars.

It will be on that night that fans will get the chance to meet reigning All Stars series titlist Aaron Reutzel of Clute, Texas.

And then on Friday night, April 19, the Good Friday holiday racing program will feature “The Hoseheads Hoppers Giveaway At The Gate," for all kids ages 12 and under.

Sprint car drivers Cory Haas and Ryan Smith will be on hand to help hand out the Easter treats from 6:30 to 7 pm.

Smith is in the midst of his first season behind the wheel of the Mike Heffner-owned No. 27 sprinter while Haas is again piloting John Trone’s No. 39 on the circuit this season.

The 305 sprints are also on the April 12 program while the super sportsman make a rare appearance on April 19.