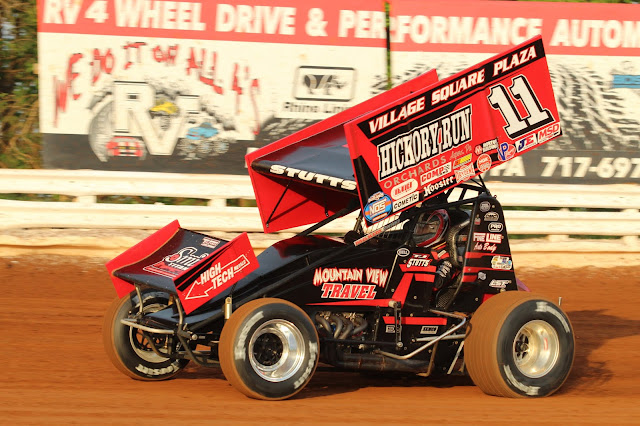 Sponsored by Sprintcarunlimited.com, the track will host the series opener on June 28 and then come back one week later with the 31st annual Mitch Smith Memorial on Friday, July 5.

Williams Grove Speedway is one of two remaining tracks that are still on the speedweek schedule that helped get the series started back in 1991 when Steve Smith Sr. and Don Kreitz Jr. scored inaugural series wins at the oval.

Smith went on to claim the first series title.

Since then, a total of 33 speedweek races have been run at Williams Grove Speedway with Fred Rahmer and the late Greg Hodnett sitting atop the oval all-time speedweek win list with four victories each.

Stevie Smith, Lance Dewease and Danny Dietrich each have three wins during series action at the track.

Winners in 2018 were Trey Starks and Dewease.

The July 5 Mitch Smith Memorial, still the richest race run during sprint speedweek, will post a total purse of nearly $36,000 including $12,000 for the winner of the 30-lap affair, thanks in part to a contribution from the Smith family.

Speedweek fans will get a special treat at the June 28 Sprintcarunlimited.com series opener when they get the chance to meet sprint car driver, author and television commentator Brad Doty of Apple Creek, Ohio.

Doty will be on hand along with his popular Bower’s Coal No. 28D sprint car from 6 – 8 pm, to meet and greet fans while also offering Doty merchandise.

Sprint car driver TJ Stutts will also be on hand signing autographs with Doty prior to racing action.

Keep up to date on all the latest speedway news and information by visiting the oval’s official website located at www.williamsgrove.com or by following the track on Twitter and Facebook.
Posted by Bill McIntyre at Monday, June 17, 2019