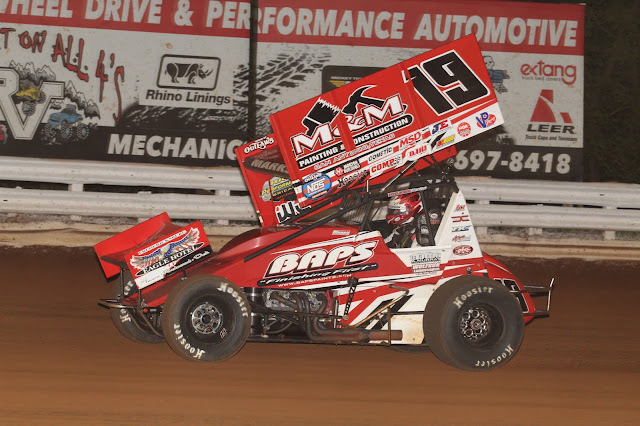 The modern-day, consecutive-year history of the Summer Nationals dates back to 2002 when the show was a three-day event with Danny Lasoski, Joey Saldana and Greg Hodnett taking wins.

However events dubbed “Summer Nationals” were first contested at the oval back in 1972 with Jan Opperman and Bobbie Adamson recorded as the victors.

Both nights of this year’s Summer Nationals shows will include full programs of time trials, heats and feature events.

The July 26 outlaws-posse match will feature a 25-lap main paying $8,000 to win while the July 27 Saturday finale Champion Racing Oil Summer Nationals feature will offer $20,000 to the winner.

Only one night of Summer Nationals action was completed last season with Lance Dewease taking the win and Dewease has to be viewed as a prime contender again this season.

Dewease has taken three Williams Grove wins this season along with Freddie Rahmer.

Gettysburg’s Danny Dietrich however seems to be the hottest driver at Williams Grove this season aboard the Gary Kauffman No. 48 and indeed, Dietrich just notched his fourth oval win of the year on July 19.

Dietrich has a commanding lead over Rahmer in the season point standings and appears ready to make the most of his outlaws chances this upcoming week.

Sweet is having a banner year with the outlaws’ series in 2019, carrying 11 circuit wins to date into the Keystone State including a massive drive to a $175,000 victory in the July 20 Kings Royal at Eldora Speedway.

Perennial champion Donny Schatz of North Dakota, who has six wins, is trailing Sweet in the series point standings.

Series regulars Logan Schuchart and David Gravel also have four wins on the series to date this season.

A former track regular with a pair of tour wins this season, Oklahoma’s Daryn Pittman will also be looking to put his Dennis Roth No. 83 back at the front of the field when he gets to Williams Grove this week.

Pittman traditionally runs well when he returns to Williams Grove and in fact scored Summer Nationals wins while driving for Reeve Kruck in 2006 and 2008, and while behind the wheel for Kasey Kahne in 2016.

Schatz has a total of six event wins in Summer Nationals action however he has been winless in the races since 2013.

In fact, since 2013, of the nine Summer Nationals races held, local drivers have scored eight of them with Pittman being the only driver to break the Pennsylvania Posse stronghold on the races.

On the web, products can be purchased via Smileys Racing Produtcts, Precise Racing Products and Speedway Motors along with many other internet-based companies.

NAPA Auto Parts Stores is just one of many retails outlets that carry Champion products.

Adult general admission for each day of the Williams Grove outlaws program is set at $30 with youth ages 13 – 20 priced at $15.  Kids ages 12 and under are always admitted for FREE at Williams Grove Speedway.

Keep up to date on all the latest speedway news and information by visiting the oval’s official website located at www.williamsgrove.com or by following the track on Twitter and Facebook.
Posted by Bill McIntyre at Sunday, July 21, 2019