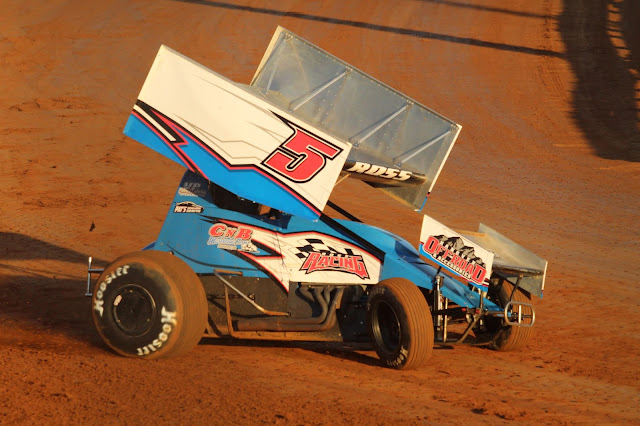 BECHTELSVILLE, PA – Tyler Ross survived a scorcher on Saturday, July 20 and found himself celebrating in victory lane after scoring his first ever URC win at Grandview Speedway.

The temperatures were hot, but the racing action was hotter as the Capitol Renegade United Racing Club invaded Grandview Speedway for the first time since 2014. The URC came together to honor it’s first “Living Legend”, Glenn FItzcharles, who is the all-time winningest driver in URC history with 81 victories and 5 championships. Many owners and drivers from URC’s past came from near and far to exchange stories and reminisce on their part of URC’s grand history in the turn 1 pavilion where they were also available to sign autographs and meet with fans.

Tyler Ross had a strong showing in his heat race, putting him in the redraw where he would pull the pole position with JJ Grasso to his outside. However, it took a few attempts at a green flag for the race to get underway. The first incident involved Jason Shultz and Brandon McGough which unfortunately saw both cars retire to the pit area ending both their nights. On the second attempt, Jon Stewart, a regular 358 driver at Lincoln Speedway spun in turn 1, once again bringing out the caution. Third time was the charm as the race finally was underway. JJ Grasso looked as though he had something for Ross, but a slight mistake sent him spinning off of turn 2 from the second position. All driver’s were able to successfully avoid Grasso’s spinning car and got set for a restart.

This time, we saw a slightly longer green flag run with Ross leading the way, however Curt Michael was close behind. Ross encountered some difficulty passing lapped traffic which allowed Michael to close in right before the caution would fly for Jimmy Stitzel’s machine coming to a stop in turn 1; he would later be retired to the pits after spinning for the second time a few laps later. Ross continued to lead with Michael behind him, followed by Aikin, Josh Weller, Troy Betts, and Brian Carber all in contention to win.

Ross took off after the caution and while battles ensued behind him he never looked back and was able to hold off a hard charging Josh Weller to land his first every URC Victory at Grandview Speedway. “It’s a great feeling”, Ross said, “my dad never got one so this is a pretty big win for me.” When speaking about how track position played into his win, Tyler said “In sprint car racing and any racing starting position is everything so starting on the pole was a big help.” Tyler Ross would like to thank his family, crew and sponsors: Rick Ciarrocchi of CnB Mushroom Farms, Hanover Off-Road, SRT Shocks, and Pats Service Station for their contributions to his win, and $2,000 payday, a little more than a normal URC victory courtesy of Victory Auto Glass.

The KSE Hard Charger award went to URC point leader who experienced a broken drive shaft in his heat which led him to a twenty-second starting position, however we would power through the field and advance an impressive 16 positions for a sixth place finish. Heat wins went to Adam Carberry, Ed Aikin, and Tyler Ross.

The Capitol Renegade United Racing Club will have a small break from racing in the coming weeks, and will return to action Saturday August 17th at Delaware International Speedway as a result of the postponed event from May 11. Chad Layton will go into Delaware with an 87 point lead over second place, and defending champion Josh Weller.