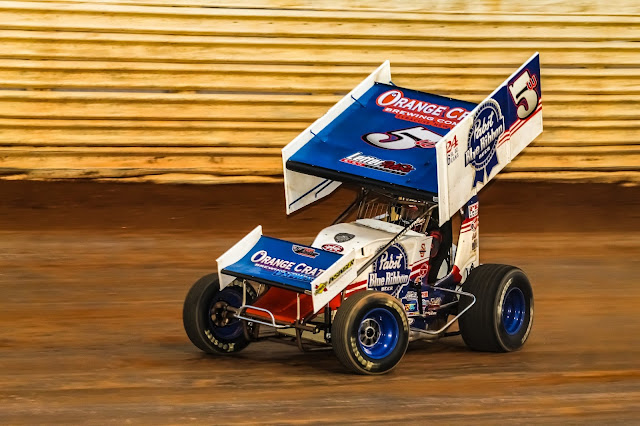 When the URC Sprints roll into Williams Grove Speedway this Friday on Leffler Energy Night, the event will mark the 62nd appearance by the traveling club at the historic oval since the two began entertaining each other back in 1948.

The first-ever URC winner at the track in ’48 was Harold “Lucky” Lux of Lebanon.

Lux was a winner on both the AAA and URC circuits in his career before he met a tragic fate in a fiery tractor-trailer accident near Kennett Square in early October 1956.

After that maiden Lux win, other victors through the 1950s and 60s included Speed McFee, Bobby Courtwright, Eddie Galione, Earl Halaquist, Gus Linder, Ray Tilley and many others.

Prior to the mid 1980s at Williams Grove, URC competition at the track took place as part of unlimited sprint car action but by 1985 when URC made a comback to the oval for the first time since 1970, an engine limit of 360 cubic inches had been imposed.

Since that time, no driver has won more URC-sanctioned races at Williams Grove Speedway than the late Greg Hodnett.

Second to Hodnett on the win list is active driver Mark Smith of Sunbury, who owns five features dating back to his first in 2010 with his most recent coming in 2017.

Among those 360 winners who have toured with the series and taken Grove wins are Dave Kelly, Kramer Williamson, Pete Green, Curt Michael, Kevin Welsh, Robbie Stillwaggon and others.

Two other winners of note who have made rare starts at the track in an effort to invade and steal the loot have been Tony Stewart and Kenny Adams.

And so the stage is set for the continuing legacy of URC Sprint Car Series competition at Williams Grove Speedway coming up this Friday, July 12 at 8 pm.

Track regulars who are expected to compete in both 410 sprint and URC Sprint action include Lucas Wolfe, Steve Buckwalter, Kyle Reinhardt and possibly Ryan Smith.

URC card carriers who will be racing to maintain the integrity of the club will be series point leader Chad Layton along with Curt Michael, Josh Weller, Troy Betts and Austin Bishop.

Adult general admission is set at $17 with youth ages 13 – 20 admitted for $10.  Kids ages 12 and under are always admitted for FREE at Williams Grove Speedway.
Posted by Bill McIntyre at Monday, July 08, 2019