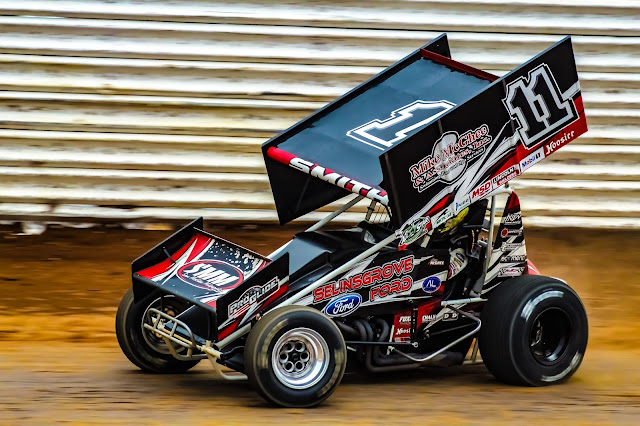 Time trials, heat races, and a B-main will be the qualifying format. The Fast Tees Fast Time Award will pay $300.

For the 10th straight year, the 410 Open will honor the life and racing career of Nace, the track’s only five-time sprint car champion who died in November 2009 following a seven-year battle with cancer.

The PASS/IMCA 305 sprint cars will compete in a 20-lap feature to round out the open wheel doubleheader.

In last year’s race, Ryan Smith of Kunkletown out-dueled third-generation racer Freddie Rahmer of Salfordville for his first victory in one of central Pennsylvania’s most prestigious sprint car races.

For a complete schedule, the latest news, results, and race status, visit selinsgrovespeedway.com or follow us on Twitter and Facebook. The speedway office can be reached at 570.374.2266.