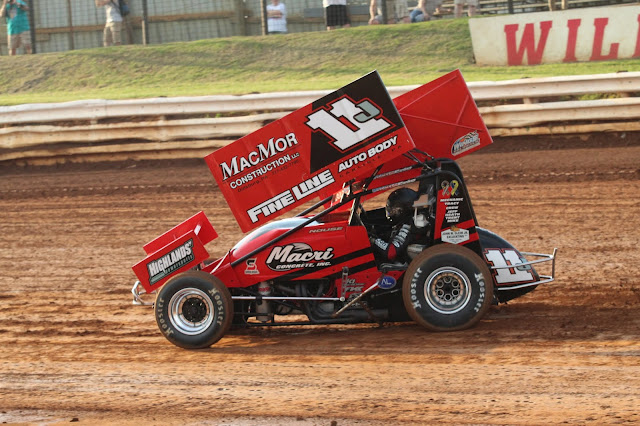 The three division show will feature the Weikert’s Livestock 410 Sprint Cars, the Penns Valley Meat Market PASS/IMCA 305 Sprint Cars and the only visit of the season for the 358 Sprint Cars as part of their annual Summer Series.

Logan Wagner picked up his fifth win of 2019 and extended his points lead in the Weikert’s Livestock 410 Sprint Car division to 400 points last week. Dylan Cisney is currently second in the standings with 2019 Dream Race winner AJ Flick sitting in third -660 points behind. TJ Stutts and Mike Wagner round out the top five.

In the 305 Sprint Car division, Jonathan Jones holds a slim 35 point advantage in the point standings over two-time winner this season, Ken Duke and a 100 point advantage over Devin Adams. Zach Newline (-140) and Nick Sweigart (-155) round out the top five.

While extremely consistent, Jones is still looking for his first win of 2019 at the Junaiata County oval. In the series last visit to the Speedway, Garrett Bard shocked the field to win in his first career 305 start at the speedway.

Last year was the first time the 358 Sprint Cars had returned to Port Royal in six years and Jeff Halligan picked up the victory. Mike Lehman(5) is the all-time winningest 358 driver at the Speedway.

The race will pay $1500 to win and $125 to start, with racing beginning at 7pm EST. It will also be $1 Hot Dog Night and Kids Bus Rides will occur during intermission on the track. Children accompanied  by parents can get their tickets inside the front gate with Ms. Port Royal Speedway and they will also be able to sign up to become the kids fan of the week as well!