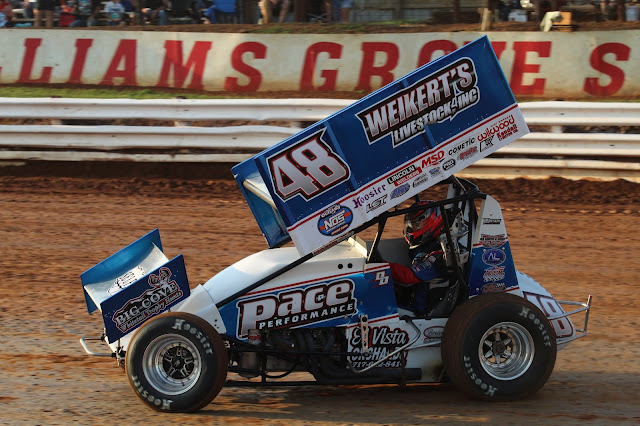 Dietrich’s fifth win of the season at the track, as the point leader, was worth $4,777.

In the URC Sprint feature, Royersford driver Steve Buckwalter drove to his first 360 sprint car win ever at the oval.

Dietrich drew the pole for the 25-lap Kauffman Tribute event and took the lead from Chad Trout on the opening lap as Trout went low in the first corner.

Dietrich zipped to his outside on the cushion and drove into a comman that he would never relinquish.

Event fast qualifier Brian Montieth started third in the race and got by Trout as well and would dog leader Dietrich for the entire non-stop distance.

Dietrich hit traffic with 15 laps to go with Montieth hot on his heels.

Montieth gained dramatically at times using the same cushion that Dietrich was riding with the lead bu the opportunity never presented itself for Montieth to take control.

Montieth’s closest chance at stealing the win came on lap 13 when Dietrich tried to go low on Dylan Cisney to put him a lap down.

But as soon as Dietrich settled back into his groove, he again was firmly in command.

Montieth would cross the line .447 seconds behind at the finish with third going to Ryan Smith.

Chad Trout finished in fourth with Freddie Rahmer finishing in the fifth spot.

The win extended Dietrich’s point lead over Rahmer in a quest for his first Williams Grove track title.  It was Dietrich’s 24th career victory at the track. 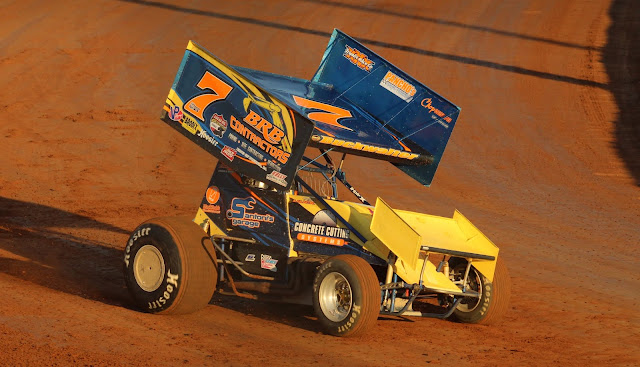 Buckwalter was then chased by Weller and Chad Layton before the first caution flag of the race unfurled with five laps completed.

Mark Smith motored into third on the restart and was racing with Weller for second when the final caution of the race came out with 15 laps to go.

Smith finally put Weller behind him with 12 laps to go and then closed on the leader.