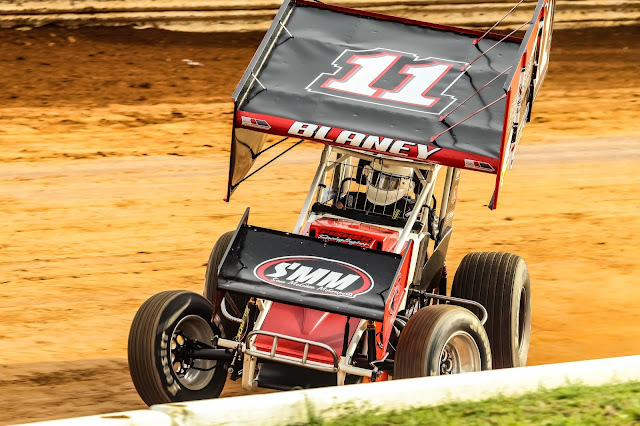 Gates for the sprints-only program will open at 5:30.

Presented by Union Quarries, the Jack Gunn Memorial twin 20-lap mains will each pay $4,000 to win with total purses for each feature worth over $20,000 each.

Time trials will set the heat starting grids while the winner of the first 20-lap main event will draw for an inversion to start the second feature event.

Inversion possibilities will be four, six, eight, 10 or 12.

The All Stars will be led into Williams Grove by series point leader Aaron Reutzel of Clute, Texas, who has six wins under this belt on the circuit this season and the pole in the recently completed Knoxville Nationals.

Reutzel is going for his second All Stars circuit title in a row in 2019 and will meet fans in the infield at the track before the show on Friday  night from 6 - 7 pm.

The All Stars first raced at Williams Grove in 1970 and no bonafide touring All Star has ever won an All Stars race at the oval.

The locals known as the Pennsylvania Posse hold a perfect 34-0 record of victory against the touring stars as they prepare to take on Williams Grove Speedway again.

After the August 23 racing program, the All Stars Circuit of Champions will return to Williams Grove on Friday, September 20 to contest the make up Tommy Hinnershitz Memorial.

The August 23 twin 20s will be another race in the 2019 Hoosier Diamond Series of races at the track.

Adult general admission is set at $25 with youth ages 13 – 20 admitted for $10.  Kids ages 12 and under are always admitted for FREE at Williams Grove Speedway.