Keith Kauffman Tribute Night This Week At Williams Grove Track to honor one of its greats with $4,777 to win main and pre-race show URC Sprints Race For $2,000 To Win 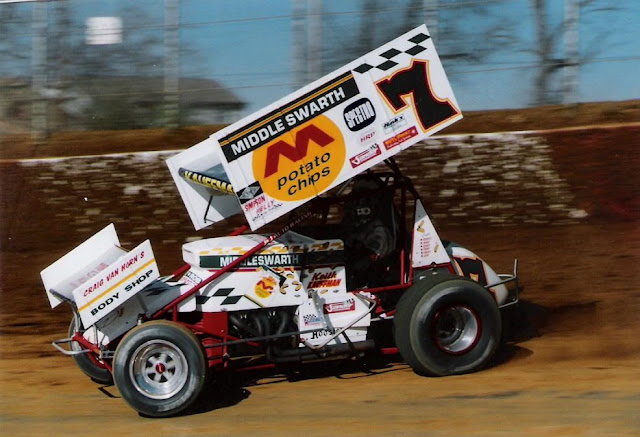 Mechanicsburg - Williams Grove Speedway will celebrate the career of one of the track and regions all-time sprint car greats this Friday, August 30 when it hosts Keith Kauffman Tribute Night, sponsored by VP Racing Fuels as part of the 2019 Hoosier Diamond Series.

Kauffman and his career will be celebrated in the infield from 6 – 7 pm with a joint reunion and autograph session featuring the driver himself and several of his former car owners including Bob Stewart, Al Hamilton, Rick and Joe Woelfling, Gary Heckman and John Trone.

A live Facebook broadcast on BeerHill Gang TV will also take place during the hour and two Kauffman racecars will be on display as well.

Now age 69, Kauffman retired from the sport in 2013 after recording a total of 51 career sprint car wins at Williams Grove alone to go along with a total of 309 overall career victories.

The Juniata County native scored for the first time in his career at Williams Grove on August 11, 1978 and took his last oval victory on May 2, 2008.

Across his entire racing career around the world, Kauffman scored a total of 21 oval and series titles.

In his best overall season, aboard the Hamilton No. 77, Kauffman whipped up a total of 34 wins.

He was inducted in to the National Sprint Car Hall of Fame in 2004.

Keep up to date on all the latest speedway news and information by visiting the oval’s official website located at www.williamsgrove.com or by following the track on Twitter and Facebook.
Posted by Bill McIntyre at Monday, August 26, 2019