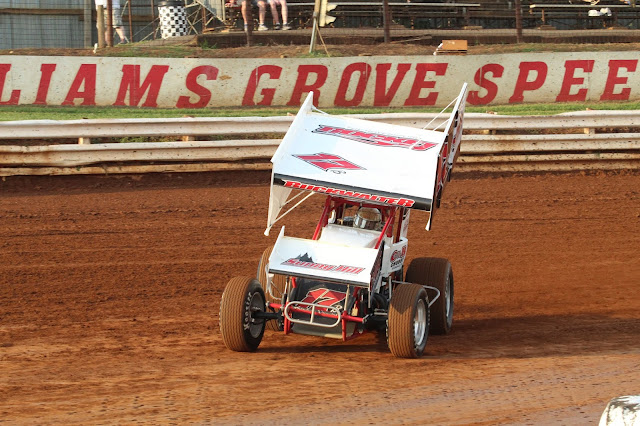 The Lawrence Chevrolet 410 sprint cars will also be on the program competing in a 25 lap, $4,080 to win main event.

The World of Outlaws Morton Building Late Models will compete against local late model stars in a 40 lap main event paying $10,000 to win. .

In the 410 sprint division this Friday, Gettysburg's Danny Dietrich will be racing to  maintain his point lead over Freddie Rahmer.

Rahmer won at the track the last time it was in action, on August 2.

Keep up to date on all the latest speedway news and information by visiting the oval’s official website located at www.williamsgrove.com or by following the track on Twitter and Facebook.
Posted by Bill McIntyre at Tuesday, August 13, 2019