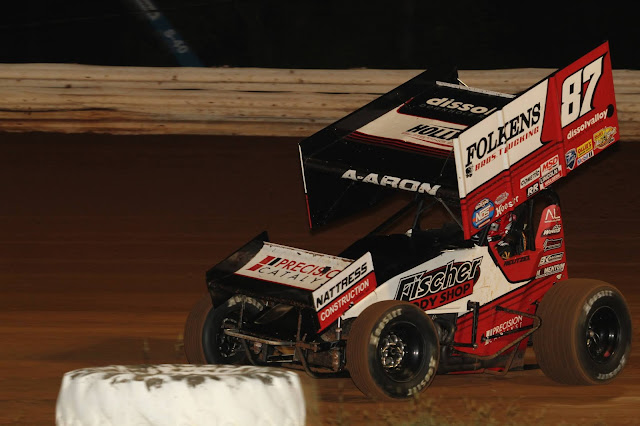 Mechanicsburg – The Ollie’s Bargain Outlet All Stars Circuit of Champions Sprint Cars Series is set to return to Williams Grove Speedway coming up in two weeks, on Friday, September 20 for the make-up Tommy Hinnershitz Classic.

The All Stars will invade for the second time this season to compete in the Tommy Hinnershitz Classic going 30 laps in distance and paying $6,000 to win with action slated to get underway at 7:30 pm.

The race was rained out in April but Williams Grove and All Stars officials worked together to reschedule the event for September 20.

The show comes on the heels of a history-making and memorable event for the All Stars that was held at the track in August when for the first time in history a card-carrying, touring All Star claimed a main event at the oval.

Prior to that August event, the All Stars had succumbed to the local drivers in 35 consecutive races dating back to 1970 before All Stars point leader Aaron Reutzel claimed the first of twin 20s on August 23.

The second twin saw local Lance Dewease pick up the win, making the score now 36 – 1 in favor of the Pennsylvania Posse stars.

However that record could easily go to 36 – 2 on September 20 when Reutzel and his band returns to take on the speeds of Williams Grove one more time this season.

Reutzel is arguably the hottest sprint car driver in America at this time having just roared through Pennsylvania, taking two of three events for the traveling band against all the Posse drivers, including a $52,000 score in one of the biggest races in the area and the country.

The Clute, Texas native now owns an even dozen wins on the All Stars season and without a doubt he will be primed to back up his recent Keystone State success when he gets back to Williams Grove in two weeks.

Keep up to date on all the latest speedway news and information by visiting the oval’s official website located at www.williamsgrove.com or by following the track on Twitter and Facebook.
Posted by Bill McIntyre at Monday, September 09, 2019