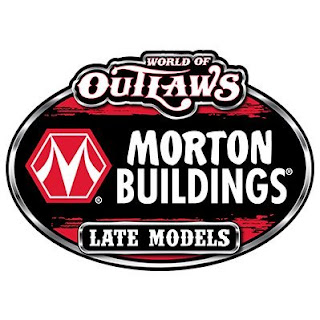 CONCORD, NC – June 3, 2020 – A BIG weekend of racing is upon the DIRTcar Racing world this Thursday, Friday and Saturday. Forty-eight DIRTcar Late Models will make the pilgrimage to the hallowed grounds of Eldora Speedway for the inaugural Dirt Late Model Stream Invitational as the headline event of the post-lockdown dirt track racing schedule.

The stars and cars of the Dirt Late Model world will converge on the famed half-mile for two nights of preliminary racing action, featuring a 30-lap, $10,000-to-win Feature on Thursday and Friday before the 67-lap, $50,000-to-win finale on Saturday night.

The #DLMStream will be the kickoff event to Eldora Speedway’s 67th consecutive season of racing, thus the race’s 67-lap finale Saturday night. Forty-four drivers were part of the original invite list, while four others were added Monday morning after a fan vote that concluded on Sunday night. Tyler & Freddie Carpenter, Tanner English and Rick Eckert were awarded the final four invites.

According to a press release from Eldora Speedway about the status about the 26th Dirt Late Model Dream, originally scheduled for this weekend, the event will be held in 2021.

“In accordance with restrictions with state and federal restrictions on mass gatherings, Eldora officials were forced to reschedule the 26th running of the Dirt Late Model Dream to June 2021 earlier this month. All Eldora-owned and operated parking lots and campgrounds remain closed to the public and the invitational event will be held behind closed doors with all attendees following strict local, state and federal safety measures.”

A big first-time winner at America's Baddest Bullring, a continued streak for an Ohioan favorite and a Late Model debut followed up by a UMP Modified win the next night – here’s this week’s DIRTcar Weekly Racing Roundup, covering all 12 tracks that raced for the weekend of May 28-30, plus an outlook to what’s up for this weekend’s events.

TYLER COUNTY SPEEDWAY – “Thugg Nasty” Logan Roberson pulled off a big victory in Thursday night’s DIRTcar Late Model Feature at “The Bullring.” This was the 22-year-old’s first-ever win in a Super Late Model.

COMP Cams Performer of the Week – Daniel Hill picked up his first of two UMP Modified victories in the Dirt Modified Mega 100 on Thursday night before making it a clean sweep of the weekend two nights later, winning the final leg of the marquee event and bringing his weekend winnings total to a cool $4,000 at Tyler County.

FEDERATED AUTO PARTS RACEWAY AT I-55

PLYMOUTH SPEEDWAY – Just one night after making his Super Late Model debut at Davenport Speedway with the World of Outlaws Morton Buildings Late Model Series on Friday night, Mike McKinney loaded up the Doug Curless-owned #99 Rocket Chassis, made the trip back to Indiana and arrived at the Plymouth Speedway on Saturday night to score the win in his familiar #96 UMP Modified.

FEDERATED AUTO PARTS RACEWAY AT I-55 – The first round of a doubleheader weekend of competition in Pevely kicks off Saturday night with the DIRTcar Late Models, UMP Modifieds, Sportsmans, Pro Mods and Sport Compacts. Pit gate opens at 2pm, grandstands at 5, Hot Laps at 6:15. Pit admission is $30, kids $15. Grandstand admission is $15, kids 12 and under FREE.

FEDERATED AUTO PARTS RACEWAY AT I-55 – The second day of the DIRTcar UMP Modified doubleheader weekend in Pevely hits the dirt; a $1,000 top prize awaiting the winner. Grandstand attendance limited to 1,200 patrons. Pits open at 1pm. Grandstands open at 3pm. Hot Laps at 5pm. Pit passes sold online or available at the pit gate on the day of the event. Pit passes are $35 for non-members and $30 for DIRTcar members.