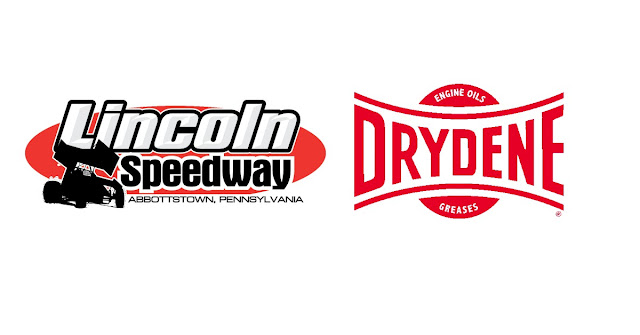 The Triple Crown Series consists of Lincoln’s $7,000-to-win PA Speedweek show on Monday, June 29, the Drydene 40, and the $20,000-to-win Dirt Classic on September 19. If any single driver can win all three of the three main events, the team will collect an additional $5,000 bonus.

The track is excited to work with Drydene and develop another attractive night of racing not only for the fans, but the drivers and teams.

“We’re happy to partner with Drydene on the Drydene 40 and excited that there is an added chance for a driver to collect on the Triple Crown Series bonus,” said Jerry Parrish, Lincoln Speedway General Manager. “It’s a great opportunity for the drivers and fans in central PA. Drydene is a great supporter of dirt track racing and for them to help put on an event like this right in their own backyard just goes to show how invested they are in making the sport the best it can be.”

Drydene Performance Products is based out of Jonestown, Pennsylvania and has an strong presence in motorsports that includes being the “Official Motor Oil and Lubricant” of the World of Outlaws series, title sponsor of DIRTVision presented by Drydene, primary sponsor for Shark Racing’s World of Outlaw drivers Logan Schuchart and Jacob Allen, and primary sponsorship on World of Outlaws Late Model drivers Scott Bloomquist and Chris Madden of Scott Bloomquist Racing and Ricky Weiss of Ricky Weiss Racing. The Pennsylvania-based brand also is title sponsor for NASCAR’s Cup Series Drydene 400 at Dover International Speedway, which will be held this year on August 23 and will feature Corey LaJoie piloting a Drydene-backed No. 23 Ford Mustang for GoFas Racing.

“Drydene is excited to partner to bring fans and teams the Drydene 40. From the famous PA Posse to legendary tracks like Lincoln Speedway, Drydene is proud to continue our partnership with dirt track racing,” said Dave Klinger, President of Drydene Performance Products.

For more information about raceday, ticketing, and other questions about the Drydene Triple Crown Series, visit lincolnspeedway.com.

Located in Abbottstown, Pennsylvania, the 3/8th-mile high-banked clay oval has been a staple in professional auto racing for over 60 years. The Pigeon Hills oval is one of several famed Central Pennsylvania racetracks which represent the toughest, most competitive weekly sprint car racing in the nation. A family fun night to be had by all who visit the famed Lincoln Speedway!

For over a century Drydene lubricants have been made in America and made to last, paving the way on our highways, in our fields and on the production line. And we’re still right here today doing what we do best; helping America Get the Job Done. Drydene products are built with ALL Technology®, Advanced Lubricity Life chemistry, to meet and exceed today’s modern automotive, heavy duty and industrial needs. Drydene offers a complete line of automotive, commercial and industrial lubricants, including engine oils, racing and break-in oils, DRF diesel exhaust fluid (DEF), transmission fluids, grease, and hydraulic & gear oils. For more information, visit www.drydene.com or follow us on Facebook, Twitter, and Instagram @TeamDrydene.