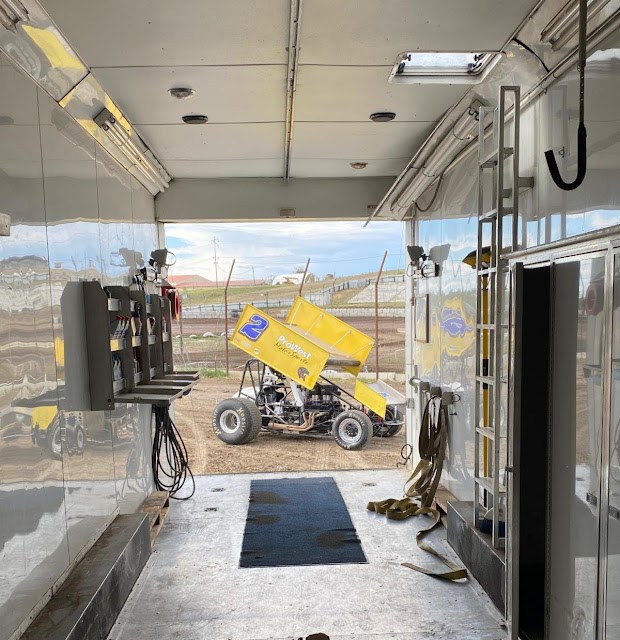 Setters guided the Mike Quigley owned sprint car to the rain-shortened Rocky Mountain Sprint Car Series feature victory, backing up a successful campaign that resulted in the series championship in 2019.


"It was sprinkling when we started the race," he said. "I didn't even notice it. They threw the yellow at Lap 14. Then I noticed it was raining."

Setters advanced from third to second place in a heat race to earn a spot into the feature redraw. He pulled the No. 4 to line up on the outside of the second row for the 25-lap main event.

"I got up to second on the first lap," he said. "The guy who started on the front row outside went to the middle. I went around him and fell in behind the leader. The next lap I made the pass for the lead on the outside of turn two and dove to the bottom of turn three to take his line. From there I continued to run the top."

Once the rain picked up and the caution came out the race was deemed official with Setters named the victor since the halfway point was reached.

The team plans on returning to Electric City Speedway this Friday for another Rocky Mountain Sprint Car Series race.

"We learned a little bit about setup on the cushion with our new shock package from Slade Shock Technology and we figured out that we needed to switch gears," Setters said. "Friday was a successful night."