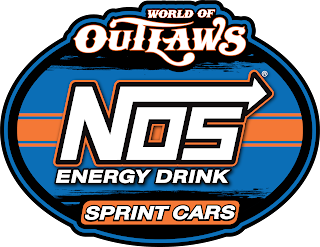 HAUBSTADT, IN – June 3, 2020 – For the first time in the history of the World of Outlaws NOS Energy Drink Sprint Car Series, “The Greatest Show on Dirt” will run a doubleheader weekend at Tri-State Speedway on June 19-20.

The Haubstadt, IN track has played host to some of the most exciting World of Outlaws races for 30 years, starting in 1979. In just the past few years at the quarter-mile track, NASCAR-star Christopher Bell won a thriller last year, David Gravel won twice, and Parker Price-Miller earned his first career World of Outlaws win in 2017. It’s also one of the rare tracks on the schedule where 10-time Series champion Donny Schatz is still seeking a victory.

Limited tickets will be available for the two events and you can get them by clicking here. Single day and two-day packages will be available. Fans will also get to choose to sit in either the East or West grandstands.

Upon arriving, fans and participants will have their temperatures taken. Social distancing will be required and CDC guidelines recommend wearing face covers, but they are not mandatory. Fans will be allowed to use stadium-style chairs and blankets in the grandstands.

Along with the dates at Tri-State Speedway, race events have been confirmed for the entire month of June. They include:

The FVP Platinum Battery Showdown at The Dirt Oval at Route 66 in Joliet, IL that was scheduled to take place before the Haubstadt events on June 17 has been canceled.

If you can’t make it to the events, you can watch every race live on DIRTVision as part of the Fast Pass subscription.