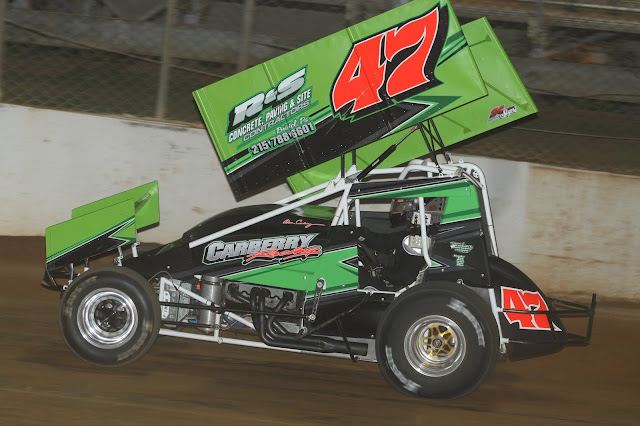 Gates for the sprint car double will open at 5:30 pm. with action getting underway at 7:30.

This Friday’s show for URC 360 sprints will be the only appearance of the season by the circuit at the track.

In URC action at the track last season, Jason Shultz of Carlisle and Steve Buckwalter of Royersford proved victorious.

Friday’s 410 sprint car program will be the first in which the track’s handicapping system is used to set the starting grid for qualifying heat races.

Adult general admission for the show is $17 with ages 13-20 admitted for just $10. Kids ages 12 and under are always FREE at Williams Grove Speedway.

Coming up Friday, July 17 at Williams Grove Speedway, the All Stars Circuit of Champions Sprints have been added to the program in order to compete in the Tommy Hinnershitz Classic.

The All Stars will battle the Pennsylvania Posse in a 30-lap main, paying $5,000 to win in honor of the late all-time great Hinnershitz of Oley, Pennsylvania.

The 410 sprint event will be another Hoosier Diamond Series race and will serve as a tune-up for the upcoming World of Outlaws Summer Nationals at the track slated for July 24 and 25.

The HJ Towing & Recovery 358 sprints are also on the July 17 racing card.

Another addition to the 2020 season schedule has also been announced, for Friday, August 14.

The 410 sprints have been added to the mid-August racing program that will feature three sprint car divisions also including the 358 sprints and the first-ever oval event for the USAC East wingless 360 sprint cars.