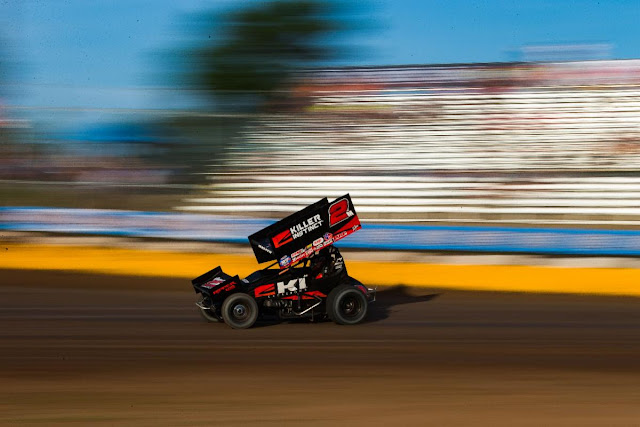 
The action began on Thursday when preliminary competition featured qualifying for both the Friday and Saturday programs. Madsen set quick time for Friday's show and he was third quickest for Saturday's event. The night concluded with an elimination race, which inverted the top 12 from Friday's qualifying session.

"Qualifying night went well," he said. "We had to start 12th in the race because of the invert. We went forward and moved ahead every time they had those five-lap runs. We figured we'd mess around a little bit. It was good to try something and get track time."

Madsen advanced to place sixth in the special race.

Friday's competition featured a runner-up result in a heat race and a fifth-place outing in the dash to give Madsen the fifth starting position for the main event.

"We were real strong at the end of the race around the bottom," he said. "If I picked up that line a little earlier we could have had a better result. Who knows. Once I found that line it came to us. I was moving around and got caught in traffic and lost a couple of spots. I moved to the bottom and got it all back and then some. It was great to get a podium. We were catching the leader so it was a great boost."

Madsen's second-place showing was his best result with the World of Outlaws this season.

It gave the team added momentum entering Saturday's finale. Madsen won a heat race and finished fourth in the dash to line up on the outside of the second row for the main event.

"We got up to second right away and were running really strong in the A Main," he said. "I felt we could challenge for the lead when we got into traffic. We were pushing pretty hard. The last restart with eight or nine laps to go we were running out of fuel and I had abused the tires by that point. I tried to hang on as best as I could."

Madsen salvaged a fifth-place finish, which was his fourth top five of the year.