WHAT TO WATCH FOR: PA Swing Includes Four Races In Five Days Points battle tightens as World of Outlaws get ready to face off against PA Posse 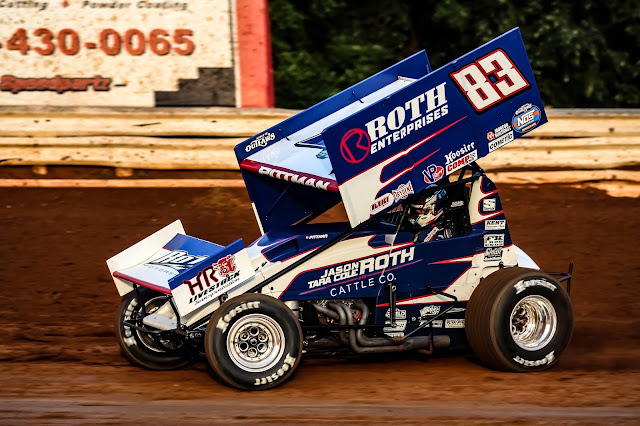 The PA Swing will kick off with the Don Martin Memorial Silver Cup at Lernerville Speedway on Tues., July 21. Then the World of Outlaws will enter PA Posse territory for the Gettysburg Clash presented by Drydene at Lincoln Speedway on Thurs., July 23 and the Champion Racing Oil Summer Nationals at Williams Grove Speedway on Fri., July 24 and Sat., July 25.

With half of the season down and several drivers in contention for the Series championship, the four Pennsylvania races could further shake up the epic points battle.

Here are the top storylines to follow this week:

POINTS BATTLE HEATING UP: With half of the World of Outlaws season remaining, the top-five in points are all within 100 points from leader Brad Sweet. The reigning champion, of Grass Valley, CA, is on a rare streak of three DNFs in a row – the first time since 2013 that’s happened in his career – bringing the competition within striking distance.

Sweet and his Kasey Kahne Racing team will be poised to end their string of bad luck during the PA Swing, starting with Lernerville Speedway where Sweet earned his 50th career win in September. He has yet to win at Lincoln Speedway or Williams Grove Speedway but had top-five and top-10 runs at both tracks in 2019.

SCHATZ RETURNING TO FORM: Ten-time Series champion Donny Schatz, of Fargo, ND, had also found himself on a rare streak of four finishes outside the top-10 and struggled to find consistency. He and his Tony Stewart/Curb-Agajanian Racing team have recently broken that streak and are now on a run of four top-fives in a row – three of them runner-up finishes.

There may be no slowing him down during the PA Swing with Schatz having previously won at all three track. He has eight wins at Lernerville Speedway, most recently the 2017 Don Martin Memorial Silver Cup. He has one win at Lincoln Speedway in 2016 – however Schatz had to use a provisional to start the race at the 3/8-mile track last year. And he’s one of the most success drivers at Williams Grove Speedway with 20 wins at the historic track, including a win during the Champion Racing Oil Summer Nationals last year.

SHARKS SWIM HOME: The Hanover, PA team of Shark Racing will be on the hunt for its first World of Outlaws win in its home state this week. Logan Schuchart and Jacob Allen have had a strong 2020 season, so far, with Schuchart currently at five wins and Allen finding more consistency and sitting in the top-10 in points.

Both Allen and Schuchart finished inside the top-10 at all three Pennsylvania tracks last year. With the run of consistently strong finishes they’ve both been putting together; this could be the year the Drydene-backed Shark Racing wins at home.

GRAVEL EYES REPEAT WINS: After struggling to find the consistency he had with his Jason Johnson Racing team last year, David Gravel, of Watertown, CT, and JJR have found their groove again. They’re on a streak of eight top-10s in a row – including their second win of the year at Wilmot Raceway.

They’ll look to keep that streak going during the PA Swing at three tracks Gravel has had success at before. He has one win at Lincoln Speedway in 2017 – the last Outlaw to beat the PA Posse at the 3/8-mile. And last year, he won the Don Martin Memorial Silver Cup at Lernerville Speedway and won twice at Williams Grove.

While he’s yet to run a World of Outlaws event at the PA tracks this year, Macedo looks to have the Posse territory figured out. He won the season opening race at Williams Grove Speedway and won the Outlaw Tune-Up last Saturday at Lincoln Speedway. The California kid could find himself back in Victory Lane with is Kyle Larson Racing team – his first win coming at Tri-State Speedway – and make big gains in the points.

THE LARSON RUN: Kyle Larson, of Elk Grove, CA, is on one of the best hot streaks in all of Sprint Car racing. In his last 33 dirt racing events – which includes midgets and Sprint Cars – he has 20 wins and hasn't finished worse that 6th. Included in that list are his four World of Outlaws wins this year. He's won the last three Series events he's entered – most recently the Brad Doty Classic at Attica Raceway Park.

He's expected to participate in the Don Martin Memorial Silver Cup at Lernerville Speedway on Tuesday to go for his fifth Series win this year, fourth win in a row and second Silver Cup victory.

OUTLAWS V.S. PA POSSE: The historic battle between the World of Outlaws Sprint Car stars and the eastern Pennsylvania locals known as the PA Posse picks back up this week at Lincoln Speedway and Williams Grove Speedway.

The Outlaws just about shut out the Posse in the eight races at their tracks last year, beating them 5-2 – Tim Shaffer, neither an Outlaw nor Posse member, won one of the Williams Grove events.

WHEN & WHERE
Tuesday, July 21, at Lernerville Speedway in Sarver, PA for the Don Martin Memorial Silver Cup | Tickets / Event Info