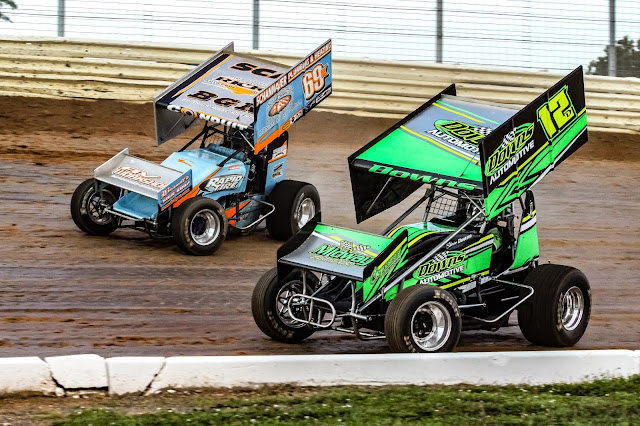 By- Justin Snyder
Port Royal Speedway- PORT ROYAL, Pa. (Sept. 2, 2020)- Port Royal Speedway is set to kick off the 166th Annual Juniata County Fair Saturday night with the 16th Annual Butch Renninger Memorial featuring the ULMS Super Late Models, the Weikert’s Livestock 410 Sprint Cars and the Selinsgrove Ford Limited Late Models.
The ULMS Late Model race will pay $5,333 to the winner and will be 33 laps in distance. Drivers will also get $350 to start with a grand total purse of over $20,000 for the River Valley Builder series and ULMS drivers.
Renninger was a former three-time track champion and the owner of 41 career victories at the Juniata County oval. He also served diligently on the board of the speedway for decades and oversaw track preparation and concessions during that time.
Heat races will pay $333 to win courtesy of Ted Reitz, while second will receive $50 courtesy of David Bower. There will also be a $133 Hard Luck Award for the first non-qualifier courtesy of Pellman Trade and Gullwing Aviation. Reitz will also be offering up $33 to each B-Main winner. There will also be a $333 hard charger award for the A-main courtesy of Brown’s Automotive.
The Super Late Models will be taking part of time trials to set heat lineups and fast time will receive $466 courtesy of Del Shank and Barron’s Racing Engines. All awards are a minimum amount and subject to change.
Past winners of the event are Steve Campbell, Scott Haus, Mitch Hack, Jere Wierman, Tim Wilson, Waylon Wagner, Jeff Rine (2), Gregg Satterlee (2), Jason Covert, Justin Kahn, Dylan Yoder, Tyler Bare and most recently Max Blair.
Entering the weekend, Andy Haus currently holds a 25-point advantage over Colton Flinner in the season standings followed by Trevor Feathers (-35), Dylan Yoder (-45) and Mike Lupfer (-95).
There will be a second ULMS Late Model feature event that will serve as a make-up from August 1st. The race will pay $3000 to win and the feature lineup is already set for that race with Satterlee and Nick Dickson set to lead the field to the green flag. Satterlee already has four victories at the Speedway in 2020 and will be looking for more.
The Selinsgrove Limited Late Models will be racing for $1533 to win with an entire purse of over $6500. It will be $150 to start, and they will be racing for various contingency prizes to include $100 to heat winner’s courtesy of Garman Concrete & Construction, while second will receive $33 courtesy of Bill and Kay Weimer. They will also have a hard luck award of $133 courtesy of Gullwing Aviation, plus a $33 bonus to the highest finishing driver from Juniata County courtesy of Pellman Trade. Zimmerman Truck Repair will be offering up a $233 hard charger award for the A-main as well.
Andrew Yoder enters the night as the points leader and he holds a 60-point advantage over Dillan Stake. Both drivers picked up victories last week during twin-20 features. Devin Hart (-155), Shawn Shoemaker (-170) and Drew Weisser (-415) complete the top five.
As customary, the Weikerts Livestock 410 Sprint Cars will be on the card as well racing for $4000 and this will be there first race after a week off due to the visit of the Lucas Oil Dirt Late Model Series last weekend.  Looking to make it three in a row at the Speedway, Logan Wagner enters the weekend leading the point standings by 140-points over his father Mike Wagner, followed by Brent Marks (-265), AJ Flick (-295) and Dylan Cisney (-345). Anthony Macri, Logan Wagner and Blane Heimbach all picked up feature wins in the series last visit to the speedway as part of three feature night two weekends ago.
All divisions will be racing for full points and it will also be ARCH night, meaning all card-carrying members will receive $2 off general admission with proper ID.
Adult General Admission will be $25, while Student Admission (13-18) is $10. Pit Admission will be $35. Gates will open at 3:00pm EST, with racing set to kick off at 6:00pm EST.
This of course is all a pre-curser to the 68th Annual running of the Foss Jewelers Labor Day Classic on Monday. The night also serves as a ‘Fan Appreciation Night’ and will feature the Weikert’s Livestock 410 Sprint Cars, the Selinsgrove Ford Limited Late Models, the 4-cylinder Pro Stocks and pair of features for the Wingless Super Sportsman division, with one being a make-up feature form earlier this season.
The sprint cars will once again be racing for $4000 and gates will open at 10:00am EST with a 1:00pm EST start time. General Admission seating will be $12, Students (13-18) will be $5 and pit admission is $30. As customary, the infield will be open to all spectators of all ages for only $5!!!
Fair Admission for all eight days will be FREE and parking for both nights of racing will also be FREE everywhere except at the Elementary School. Be Advised there is parking restrictions inside the fairgrounds beginning Saturday as well
Posted by Bill McIntyre at Thursday, September 03, 2020