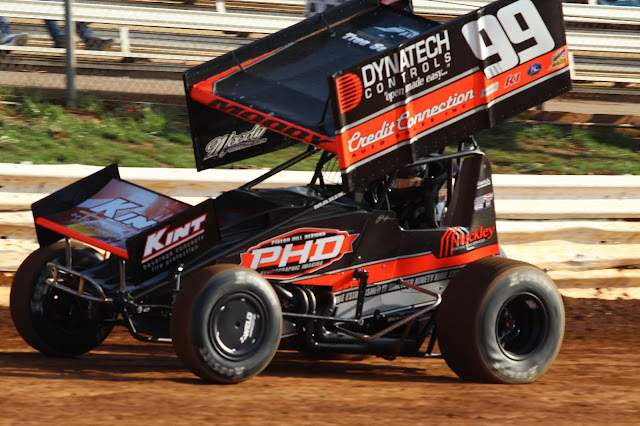 Mechanicsburg – Another early season super sprint car, super late model doubleheader is on tap this Friday night, April 9 at Williams Grove Speedway, beginning at 7:30 pm.
The Lawrence Chevrolet 410 sprint cars and the ULMS super late models will share the card.
The sprint cars will vie in a 25-lap, $5,500 to win main event while the ULMS stars compete in a 30-lap, $3,000 to win feature.
Adult general admission for the April 9 show is set at $20 with youth ages 13-20 admitted for just $10. Kids ages 12 and under are always admitted for FREE at Williams Grove Speedway.
Centerville’s Max Blair claimed the first late model show of the season at the track on March 26 for his first ever oval win, coming over the ULMS field.
Freddie Rahmer and Justin Peck have been winners in sprint car action to date.
Also this week on April 9, sponsored by Hoseheads.com, the first 150 kids entering the speedway at the main grandstand admission gate will receive a free chocolate Easter treat, beginning when gates open at 5:30 pm.
April 16 will see the first big show of the season at the track for sprint cars take place when the All Stars Sprints invade to battle in the Hoosier Diamond Series Tommy Hinnershitz Classic.
The 2021 version of the Tommy Classic will pay $6,000 to the winner of the 30-lap main.
The All Stars invasion in mid-April will find Indiana's Peck returning to the track as an All Stars card-carrier after claiming an unsanctioned win on March 26.
Peck and a field of 11 committed All Stars should be pitside for the show including former Williams Grove regulars Brent Marks, Lucas Wolfe and Kyle Reinhardt.
Other invaders will be Tyler Courtney, Indianapolis, IN.; Ian Madsen, Des Moines, IA.; Cory Eliason, Visalia, CA.; and Hunter Schuerenberg, Sikeston, MO.
The season debut of the HJ Towing & Recovery 358 sprints is also on the April 16 agenda.
Posted by Bill McIntyre at Monday, April 05, 2021