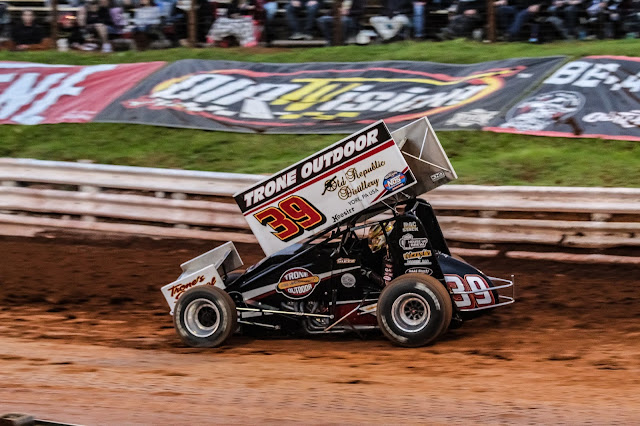 Mechanicsburg – Williams Grove Speedway will be in action this Friday, June 4 with H & N Landscaping School's Out Night for the kids featuring racing action for the Lawrence Chevrolet 410 sprint cars and the wingless USAC East 360 sprints.

Adult general admission for the June 4 racing program is set at $20 with students ages 13-20 admitted for just $10.

And the kids will be the focus on this night as they celebrate School’s Out!

Activities, games and prizes will be set up for the youngsters in the infield beginning when gates open at 5:30.

A driver autograph session will also take place. There will also be a fireworks display for the kids.

To date in seven events run at Williams Grove Speedway, there has not been a repeat winner in 410 sprint car action.

Lance Dewease is the most recent 410 sprint car winner at Williams Grove, having taken his unprecedented 100th career speedway victory on May 21.

USAC East has been in action only once before at the track, last August.

Steve Drevicki took the win in that event.

June 11 will be a big night for fans at Williams Grove Speedway as the track hosts Fan Appreciation Night, presented by Hoseheads.com.

Beginning at 5:30 when gates open on June 11, general admission ticket holders will be granted unrestricted access to the frontstretch sprint car pit area until 6:15.

Fans will be able to get up close and personal with their favorite cars and drivers, get autographs and take photos.

Free candy will be go to fans entering the pits courtesy of www.hoseheads.com, one of the most prominent internet sprint car results websites as owned and hosted by Drums' native Allan Holland.

Racing action will include the 410 sprints and the 358 sprints in a MacMor Construction Summer Series race.